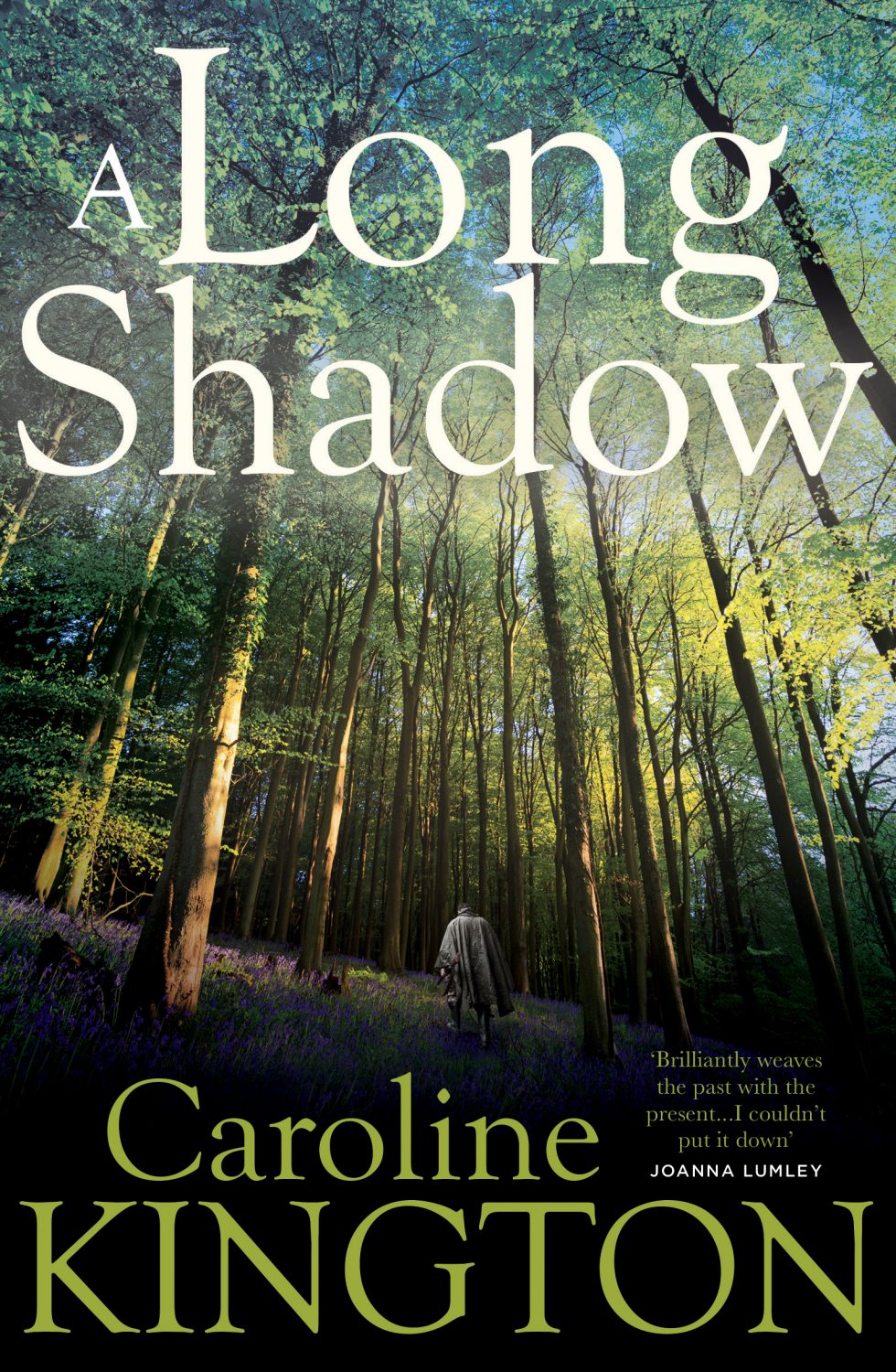 When farmer Dan Maddicott is found shot dead in one of his fields, he leaves behind a young family and a farm deep in debt. Although the coroner records accidental death, village rumours suggest he has taken his own life so that the insurance payout can save his family from ruin.

Dan’s wife, Kate, refuses to believe the gossip and is determined to prove to herself, and her children, that his death was an accident. But could it have been murder? Kate discovers a set of old diaries containing secrets that may reveal how Dan really died.

Set against the backdrop of the farming crisis of the turn of the millennium, Caroline Kington’s absorbing family drama also tells the secret history of another resident of the farm, decades before, whose tragic tale will come to have major repercussions in the present day.

So what do I think? 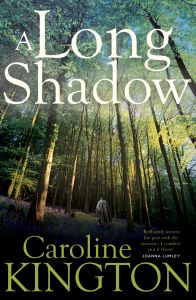 Set against farming challenges in the UK at the turn of the century, A Long Shadow weaves between characters to build up the storyline, each section neatly slotting into place irrespective of when it is set.

The story starts with the end, that is, it starts with the death of the farmer Dan Maddicott. Determined to find out the cause his wife Kate sets out on a journey of discovery, both about herself, the family that she has married into and the history of the farm.

Well written with engaging vocabulary this book was hard to put down. I found myself excited to settle in each night and explore the mystery of Dan’s death and Watersmeet Farm. The individual characters really stood out although I feel that some of my readers may find it hard to read the chapters focussing on Frank. They did add to the drama, complexity of human relationships and depth of his character though. Kate stands out as being a strong woman, faced with adversity, scepticism but underpinned by courage and perseverance. I really warmed to her and willed her to succeed in managing the farm against the background of an extremely difficult time with the BSE crisis and the loss of her husband.

The only disappointment for me is that it feels as though Kate gets her answer by the end of the novel, but I was left wishing that some of the conversations that her late husband had or thought processes he had gone through had been made clear to her too. I also felt that perhaps whilst Kate was satisfied with her line of enquiry and subsequent discoveries these didn’t appear to be shared widely with other key characters and the book ended somewhat abruptly. Then again, perhaps there would be scope for a sequel which, if there were, I would queue up to buy!

This thought-provoking novel moved me and I would recommend to anyone who is interested in family drama and mystery. It is one that will stay with me and I can see it being a hugely popular read.

Caroline Kington spent most of her working life in theatre and television, as a director, producer and founder of the fringe theatre company Antidote Theatre.

Since the death of her husband Miles Kington, the columnist and broadcaster, she has posthumously published three of his books: a humorous memoir of his illness, called How Shall I Tell the Dog?; a collection of his columns and other writings, The Best By Miles; and a collection of his celebrated ‘Franglais’ columns that had not appeared in book form before, Le Bumper Book of Franglais.

In her own right, she is the author of the Summerstoke trilogy of rural comedies. She insists that no character in the series is based on anybody from the small village near Bath where she has lived for many years. Nobody believes her.

Her novel A Long Shadow had its origins in a feature she made for Channel 4 News at the turn of this century about the pressures on farmers as a result of BSE and foot-and-mouth disease.

Be in with a chance to win!

*Terms and Conditions –UK entries welcome.  Please enter using the Rafflecopter box below.  The winner will be selected at random via Rafflecopter from all valid entries and will be notified by Twitter and/or email. If no response is received within 7 days then Rachel’s Random Resources reserves the right to select an alternative winner. Open to all entrants aged 18 or over.  Any personal data given as part of the competition entry is used for this purpose only and will not be shared with third parties, with the exception of the winners’ information. This will passed to the giveaway organiser and used only for fulfilment of the prize, after which time Rachel’s Random Resources will delete the data.  I am not responsible for despatch or delivery of the prize.

N.B. I was gifted a copy of A Long Shadow for the purposes of this review. All thoughts are my own. For more information please see my disclosure page. Thank you to Caroline Kington and Rachel from Rachel’s Random Resources for inviting me to take part in this blog book tour.