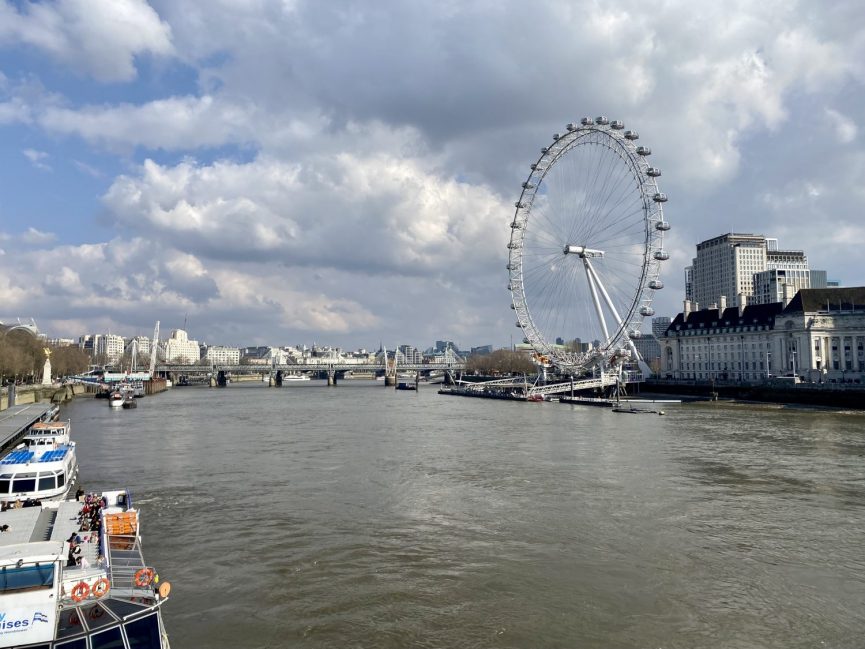 If you’re thinking of spending a weekend in London, you’d be forgiven for feeling a little overwhelmed at the prospect of squeezing everything in to 48 hours. There is so much to see and do, and the real joy of the city lies in the spontaneous street performances and quiet back alley bars.

In my 20s, the majority of my time in London was spent working there. I was never based entirely out of a London office, but all of the companies that I worked for had a presence in different parts of the city. Over time this nudged me to the realisation that London is a city best seen on foot. The tube is brilliant for a quick whizz across the centre, and especially helpful if you might have a heavy bag or two. For a day tourist though my suggestion is to ascend the stairs and step out into the bustle of the streets.

Once on foot, my tip for a successful and packed weekend in London is to plan. Map out where you might like to visit and see the proximity to other attractions at the top of your list. I recently spent a lovely weekend in London with my eldest son, and we did this before setting off. Below I have shared our itinerary in case it might help you with yours.

When we got into London we did jump on the tube between Marylebone and Victoria stations. We were staying near the latter, in the pleasant (and inexpensive) Dover Hotel. They were able to store our rucksack for us which meant that we only had to carry the essentials round during the day. Once we had delivered that to their safe store room, we set off on foot.

Many shops in London don’t open until 10am (which feels strange for us town dwelling folk who are used to going in for a 9am opening time to beat the queues). This means though that if you get into the city early (our train arrived shortly before 9) you will have extra wandering time to see some outdoor attractions. We started with Buckingham Palace, then moved through St James’s Park. The park is home to some of London’s famous green parrot population and it was lovely to see and hear them before the area became more crowded. A slow meander took us towards Horse Guards, where we watched the changing of the guard, before continuing through and round to peer at No. 10 Downing Street.

From there we turned around and headed to Trafalgar Square. I had fond memories of coffee breaks in the Waterstones café, so we headed there for a pit stop. If you are after somewhere a little different, St Martins in the Field has a café in the crypt which is very pleasant too.

The next stop (as requested by my son) was Hamleys. From Trafalgar we worked our way through to Piccadilly Circus then on to Regent Street. Having spent time being wowed by the in-store entertainers, we left and headed over to Leicester Square, home of UK film premiers. We wiggled our way through China Town to Covent Garden and after a leisurely stroll we circled back round towards Piccadilly spotting world famous hotel, The Savoy, en route.

Close to Piccadilly Circus is Jungle Cave (formerly known as The Rainforest Café) which is an experience as much as a place to eat. Booking is essential! We had opted for a late afternoon meal which worked very well. As we were leaving the queues for tables were really building up.

Once we’d eaten we set off again, taking in St James’s Park and Buckingham Palace against the beautiful backdrop of a sunset.

On the second day we had decided to focus on the southern area of the city centre. We left our bag once again at the hotel, and set off towards Horseferry Road to look at the headquarters of Channel 4. From there we worked our way round to Westminster Abbey, Big Ben and the Houses of Parliament. We spent a bit of time in Parliament Square Garden too, slowly watching other tourists arrive to look at the buildings and statues. There was a bagpiper playing beautifully on the street corner which we enjoyed listening to for a few minutes.

A slow and pleasant walk took us across Westminster Bridge to the Queen’s Walk on South Bank. We hopped on the London Eye which a must if you want to see the spread and expanse of the capital. In fact this was the highlight of my son’s weekend in London!

Afterwards we bought food from a local vendor, and slowly strolled past street magicians, bubble blowers and musicians. We made our way to the Tate Modern, which at the time of visiting we needed to book in advance. It is free and well worth a visit to see art work and sculptures. I was especially excited to see Henri Matisse’s The Snail which is the first mainstream ‘modern’ art that I had seen up close when I was a teenager. I’m not sure that my son shared my enthusiasm for this particular piece, but he loved the sculptures and short video art.

Shakespeare’s Globe theatre is close to the Tate Modern, and a wander over Millennium Bridge takes you to St Paul’s Cathedral. From there we had intended to work our way past the law courts back to the centre, but feeling rather tired and wanting a rest we opted for an Uber boat back to Westminster. Tickets (around £12 for myself and my son) and the timetable were all very easy to work out. It was fun to see the city from the water as well so I’m glad that we took this option.

Another slow wander and we were ready to set off back to the hotel to pick up our stuff then on to the train station to come home.

In all we had a very successful and enjoyable weekend in London. Even though I struggle to walk far this was achievable as there are plenty of places for short stops along the way. I certainly wouldn’t want to have changed our plans to include more of the underground, by the time you add in the steps it can be quite a tiring option anyway!

I hope that if you are planning to spend a weekend in London this helps you too.

You might want to take a look at our review of Paultons Park here.