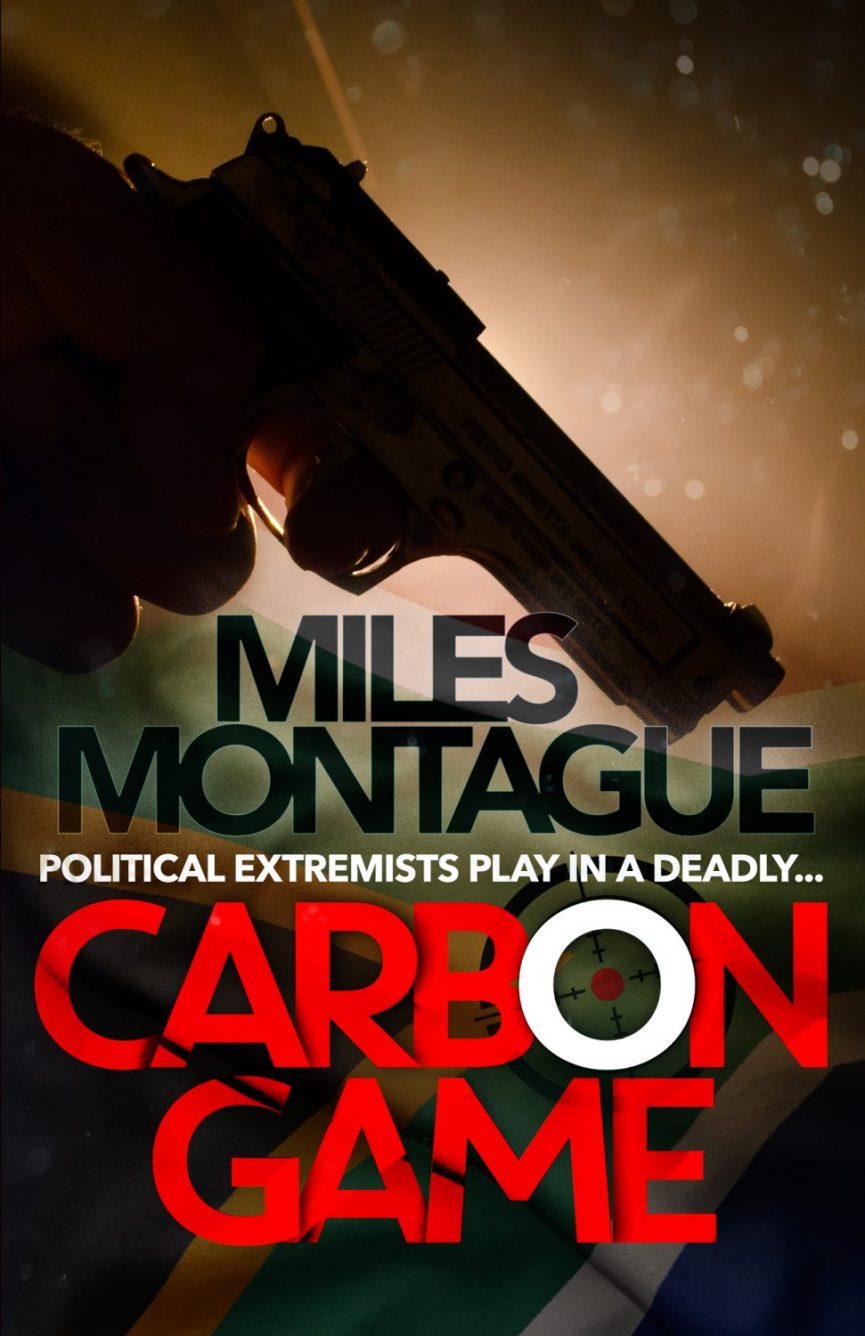 Ex-military operative Michael Cranmer is instructed by his far Right-wing political leaders in South Africa to return to London where he has infiltrated an extremist faction within MASA, a British Left-wing movement.

A violent diamond robbery gone wrong gives Cranmer the opportunity to implement his plan to enact his party’s ambitions. He manipulates the MASA faction into carrying out his plan, little realising their leader, Janet Bromsgrove, has no intention of playing by his rules.

Meanwhile, following a tip-off from an informant, a crack team of MI5 officers closes in on the extremists. Can MI5 prevent a bloody catastrophe on the streets of London and the downfall of governments on opposite sides of the world?

Set against the backdrop of the international anti-apartheid movement of the mid-1980s, Carbon Game is a political crime thriller that will keep you gripped right to the last page.

Carbon Game is a complex and dense crime thriller. It took me a while to get into, and I confess I had to flick back and forth to remind myself of characters, as surnames and given names are interchanged especially during conversational exchanges. There are multiple acronyms too which can be a little confusing.

That aside this novel sparked historical interest and compelled me to research more about the history of the apartheid and anti-apartheid movement. Some well known figures are referenced in the story (such as Nelson and Winnie Mandela, and Archbishop Desmond Tutu) but key characters are entirely fictional.

The characterisation is well built up over the novel, with relevant details given to create a depth of understanding. Imagery, too, is well used throughout.

The central character, Michael Cranmer, is part of a far right-wing political group that wants to find a large amount of money, and fast, to further its political motives in 1980s South Africa. In order to support, Cranmer travels to Britain to realise a plan that takes advantage of a diamond robbery. There he meets with the unexpected, and the twists and turns lead us to wonder if he will even make it back again.

I can’t say too much more without letting slip any spoilers, but if you enjoy historical, politically charged thrillers then this should be the next book on your reading list.

Miles Montague worked in London as a valuer in the diamond industry in the 1980s. His first thriller, Carbon Game,  is set during this period of great social upheaval, both in South Africa and Britain. His work taught him a great deal about the international diamond business. He has a deep interest in international politics and economics, and loves the challenge of complex plot and character creation required of thriller writing.

He was born in Kenya and lived there until his family, like many other colonials, returned to England in the mid 1960s.  He can still remember, as a young boy, watching the severe storm at sea when they rounded the South African coast on their way home and the swimming pool almost emptying of water as the liner lurched to the battering of waves. This gave him a love of nature and drama. So it is no surprise that today, he is turning a rundown, hilltop Italian wine-producing property into a sanctuary for nature where he can watch the storms rolling in. He is currently writing his second thriller, which is also partially set in Africa.

Carbon Game will be available on Amazon in paperback and ebook. More information can be found at: milesmontaguebooks.com

N.B. I received an advance copy of the book in exchange for this honest review. All thoughts and opinions are my own. For more information, please see my disclosure page.

2 Comments on “Carbon Game – A Review”