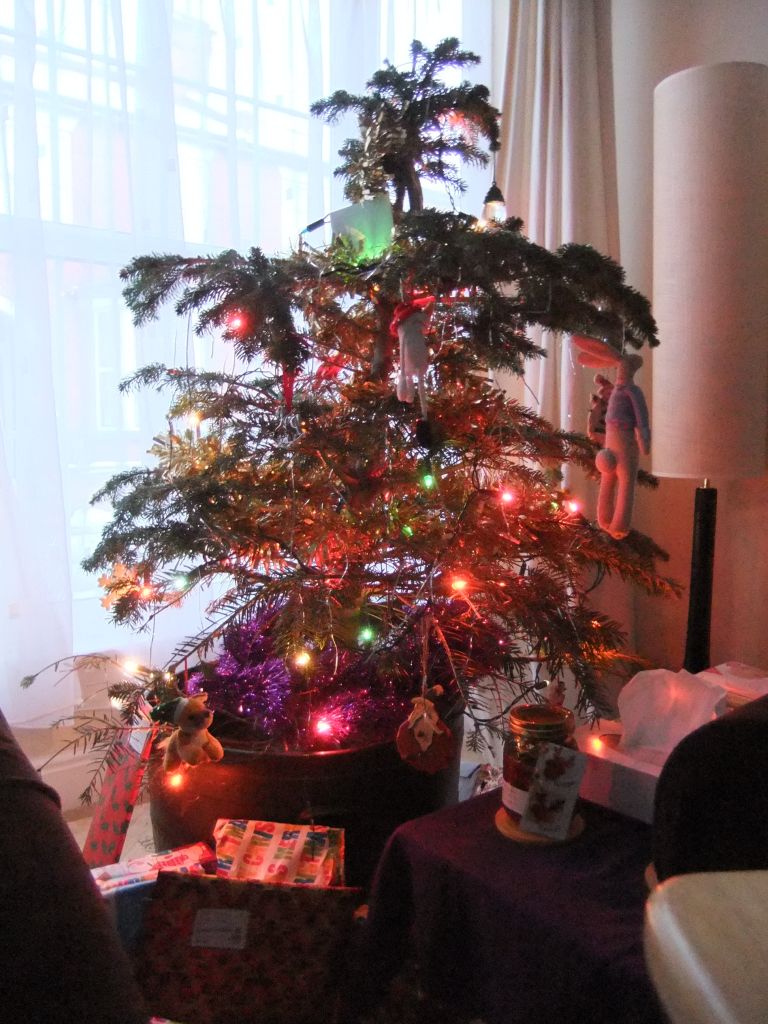 The Christmas lights are switched on in town and shops are bulging with baubles, wrapping paper, toys, gadgets and gizmos. Like many families we are eyeing our box of decorations and marking time in our diary to brighten our home with the presence of our own Christmas tree.

Many people think that, in Britain at least, Christmas trees were introduced after Prince Albert (Queen Victoria’s husband) brought one to Windsor in 1841. It was in fact at least 10 years earlier that they were first recorded in the country and the idea has been around for centuries, although decorated branches had been a more common sight. There are several thoughts around this. That the decorations might help people to think of the forthcoming spring, that celebrating evergreen trees reminds us that life continues throughout winter. There are religious associations too. 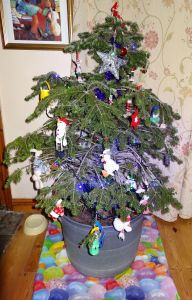 Our Christmas tree is an important feature of the season. I bought it in 2005 for £13 in an ADSA store in Wiltshire. It travelled back to Warwickshire in the passenger seat of my Renault Clio and took pride of place in the rented home I shared with my then boyfriend for our first Christmas living together. It was a very merry Christmas. We were joined by my eldest sister, my mother, and my grandmother. It was to be my grandmother’s final Christmas although we didn’t know it at the time. When I look back I smile at the memories that I have, and that our little tree was a part of them.

When we moved house in 2006, we hired a van and after my piano, the next most delicate cargo was our tree. It travelled in its pot, strapped into the van surrounded by quilts and bedding. Upon arrival it was carefully lifted into our garden where it resided for ten years, yo-yoing in and out of our home for around 24 days of glory each year. The same care was given to it last year when we moved again.

Since 2005 our family has gone through many changes but every Christmas, like a faithful friend, our tree comes in. It used to be garnished with sparkly glass ornaments among others, then as babies but perhaps more importantly toddlers entered its territory, those were replaced with solid wooden and soft toy decorations. It became a part of our Christmas. Dragging it inside in its large pot and furnishing it with these accessories took up a large part of a day and had to be planned for when Jacob and I were both around.

So it is with a little sadness that this year, for the first time, we have decided that it should go into retirement. It doesn’t look quite as happy as it did in its younger years and we feel that it’s time to plant it out or at least not shift it between warm and cold environments. It will still be decorated though, this time with solar lights and a few weather proof ornaments. After all, just as the song goes, no one spreads cheer so well. 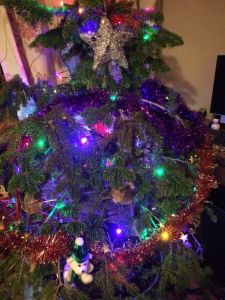 Instead of using another real tree, we have decided to put up an artificial one for now. We will be starting a brand new tradition to make it magical though, of making ornaments for it each year. You may have already seen the stars that we have made which will be used this December. I hope as the years go by we will have lots of fun thinking of new things to add.

Do you have any traditions surrounding the tree you use or perhaps you buy a new one each year? I’d love to hear from you!

2018 update – we planted our tree out in a north facing area and it is flourishing and looks much happier.