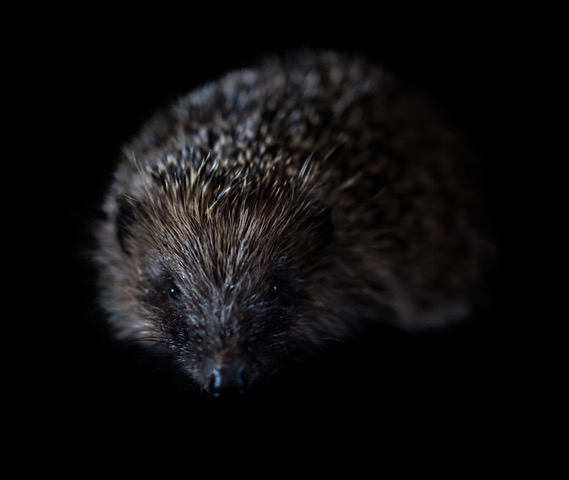 As I was sipping my morning coffee, looking out over our frost kissed lawn, fog lingering as it touched the tops of the hedge, I wondered about the impact of climate change on creatures that hibernate. Specifically, I wondered about hedgehogs. What if they woke, roused by mild temperatures, only to find themselves plunged into a cold snap days later. I set about doing some research.

You’d be hard pressed to have missed news on the climate emergency, especially over the past few weeks. David Attenborough, world-renowned natural historian, has warned that “the moment of crisis has arrived”. The impact is wide ranging, far greater than I can express in one post, but whilst we see some of the headline news and devastation being caused, smaller things are happening much closer to home too.

Hedgehogs are small spiny mammals, often found in woodland, under hedgerows or in parks or gardens. They are omnivorous, although tend to be insectivores by habit, munching through beetles, snails and worms amongst other things. Hedgehogs rely on a good, constant source of food, which is in short supply in the winter months causing them to hibernate.

So how does this link in with climate change?

Research in the 1970s showed a direct link between hedgehog hibernation patterns and climate. Mild weather can delay a hedgehog from hibernating or cause it to wake early. If cold weather returns, food becomes harder to find.

More research has been conducted over the intervening years too, which has picked up the decline in numbers by about 50% since the turn of the century for example. Worrying statistics when numbers were around the 30 million mark in the 1970s and are now less than 1 million.

Going back to the winter months and climate change, hedgehogs are known to wake occasionally from hibernation to forage during the warmer spells. With these becoming more frequent though, winter waking may be increasing. Their food sources, however, are not. Worms, for example, spend the winter months much deeper underground and snails hibernate too, appearing only very occasionally if the weather is much warmer than usual. With less food available and more hedgehogs awake, competition increases and there simply is not enough to go around. Hedgehogs have a slightly complex relationship with badgers, but throw into the mix that they are looking for the same food sources too (and turning to hedgehogs as their food if invertebrates are in short supply) and the impact on numbers becomes more obvious.

So, aside from the bigger conversation about climate change, what can we do?

Hedgehog highways are a popular idea, where people make a hole the size of a CD case in fences adjoining their neighbouring gardens, giving hedgehogs more space to roam and find food. An area of 1 square kilometre is required for a viable hedgehog population. Together there is more green space across gardens in the UK than in the National Nature Reserves, so making this accessible to wildlife will have a huge impact.

If your garden is paved or mostly paved, make a small area of grass or a mini wildlife area to encourage natural food sources. If that isn’t possible, place large plant pots around the perimeter of your space, which will help to increase wildlife numbers.

Use fruit netting sparingly and keep it off the ground, around 20 – 30 centimetres high. Consider replacing it with solid metal mesh wherever possible. Whilst this won’t impact the food sources, there are a worrying number of hedgehogs and other nocturnal creatures such as foxes and badgers getting caught in netting and causing serious injury to themselves, sometimes resulting in their death.

If you have a dog, keep it indoors or under close control during the night hours so that it doesn’t bother any late night garden visitors of the four legged variety.

Put food out. A great way to directly help hedgehogs, much like other wildlife during the winter months, is to give them food. In particular they are keen on meaty cat or dog food, specially prepared hedgehog food, white meat or scrambled egg.

If you have room, add a hedgehog house or two so they have somewhere safe and cosy to rest or sleep. This helps them stay away from predators or nosey pets as well.

As for the impact of climate change, I hope that enough can be done before the hedgehog follows the demise of the Bramble Cay melomys and becomes the next mammalian victim of this man made disaster.

Do you have any other top tips you would like to share? Please note them in the comments, I think this is one area where so many of us can make small and immediate changes to help protect our wildlife.

N.B. I have not conducted any independent scientific research on this topic, but have instead relied upon a number of sources, linked to in the post above, or found in the list below. You may find these of interest for further reading:

If you enjoyed this post, find out how you can create a wildlife corner in your outdoor space here.

Special thanks to Emma Lord Photography for supplying the photographs – some showing the set up that she has at home.