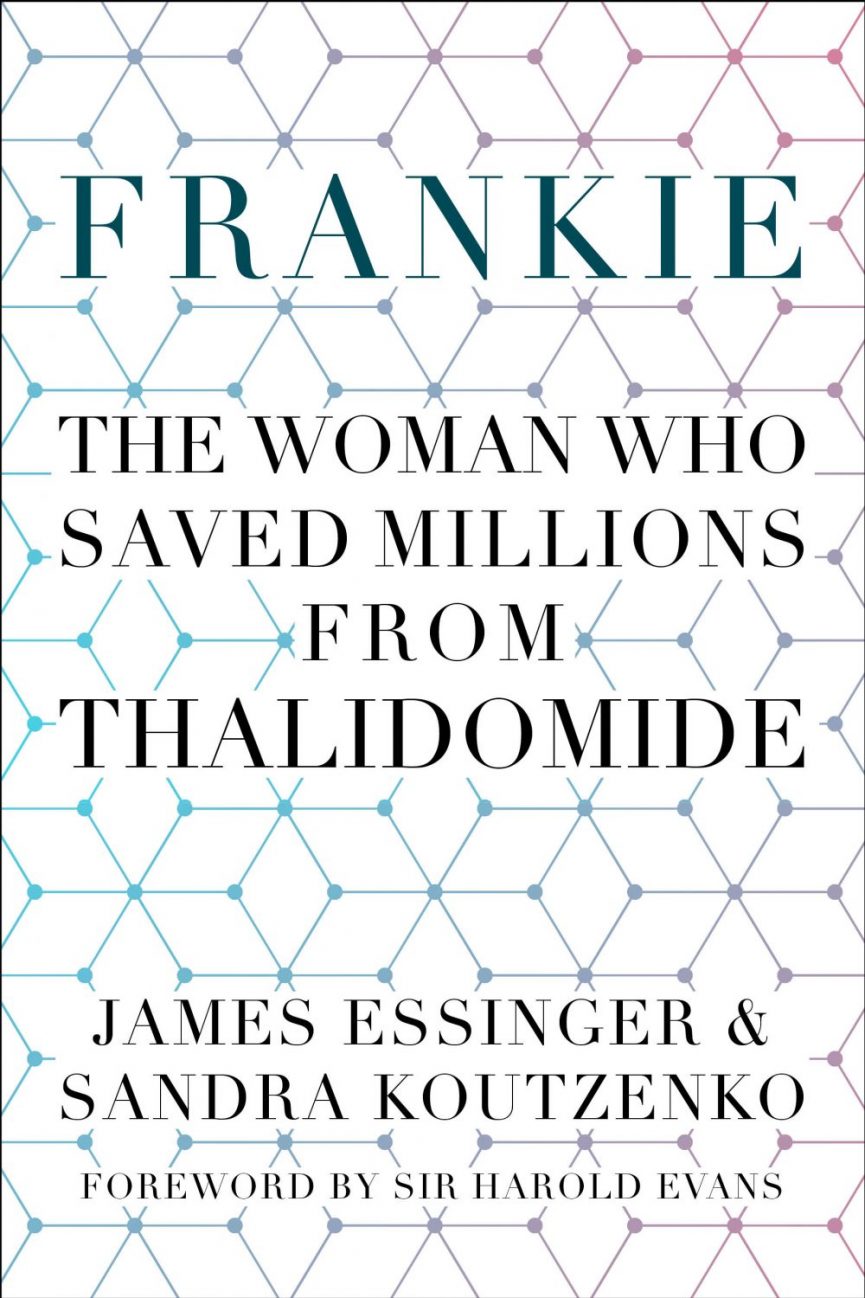 “Thalidomide: patented in Germany as a non-toxic cure-all for sleeplessness and morning sickness. A wonder drug with no side-effects.

Today, thalidomide is a byword for tragedy and drug reform – a sign of what happens when things aren’t done ‘the right way’. But when it was released in the 1950s, it was the best thing since penicillin – something that doctors were encouraged to prescribe to all of their patients. Nobody could anticipate what it actually did: induce sleeping, prevent morning sickness, and drastically harm unborn children.

But, whilst thalidomide rampaged and ravaged throughout most of the West, it never reached the United States. It landed on the desk of Dr Frances Kelsey, and there it stayed as she battled hierarchy, patriarchy, and the Establishment in an effort to prove that it was dangerous. Frankie is her story.”

Dense with information this book is best described as a textbook based around Dr Frances Kelsey, her life and her work. It also examines how drug companies brought new products to the market, and even comments on the social culture of how women were perceived in the 1950s and 60s.

Thalidomide was a medical disaster. Through their research, as presented in this book, Essinger and Koutzenko show the impact of this. They talk of the thousands affected, and specifically refer to individual cases of babies born to mothers who had taken the drug in good faith that it might help them get through pregnancy related sickness. They describe how it was being used in the European market, but when it was brought to the USA by Wm. S. Merrell, a pharmaceutical company, it fell by chance to Dr Frances Kelsey (referred to through the book as Frankie) to investigate and approve the New Drug Application (NDA). With millions of pills ready for market, she was expected to quickly rubber stamp the NDA, but instead repeatedly questioned its validity and refused to authorise use of the drug due to her concerns over its safety. It was during this delay that her concerns were shown to have foundation in cases across Europe, where the drug was in use and severe birth defects were reported.

I had heard of Thalidomide and have read articles previously on the impact of the drug, but this book carefully picks through all of the relevant information and introduces it in a fascinating and grounding manner. If you are interested in history or medicine I think that you will find it thought-provoking too. It is well written and thoughtfully, sensitively, presented to its readers.

Also worthy of note, the foreword is written by Sir Harold Evans. Working for The Sunday Times, Evans organised a campaign for compensation for the hundreds of British children who suffered birth defects due to the use of Thalidomide during their mothers’ pregnancies.

JAMES ESSINGER is the author of non-fiction books that focus on STEM subjects and personalities, including Charles and Ada (The History Press) and Ada’s Algorithm (Gibson Square), the latter of which has been optioned for a film. He lives in Canterbury.

SANDRA KOUTZENKO is a bilingual writer whose work spans a variety of categories and topics, ranging from French poetry to English non-fiction, focusing on human nature and the conflict between its potential for greatness and its propensity for destruction.

N.B. Thank you very much to Rachel of Rachel’s Random Resources for organising the book tour, and to James Essinger and Sandra Koutzenko for gifting me a copy of their book for the purposes of this review. All thoughts are my own. For more information please see my disclosure page.