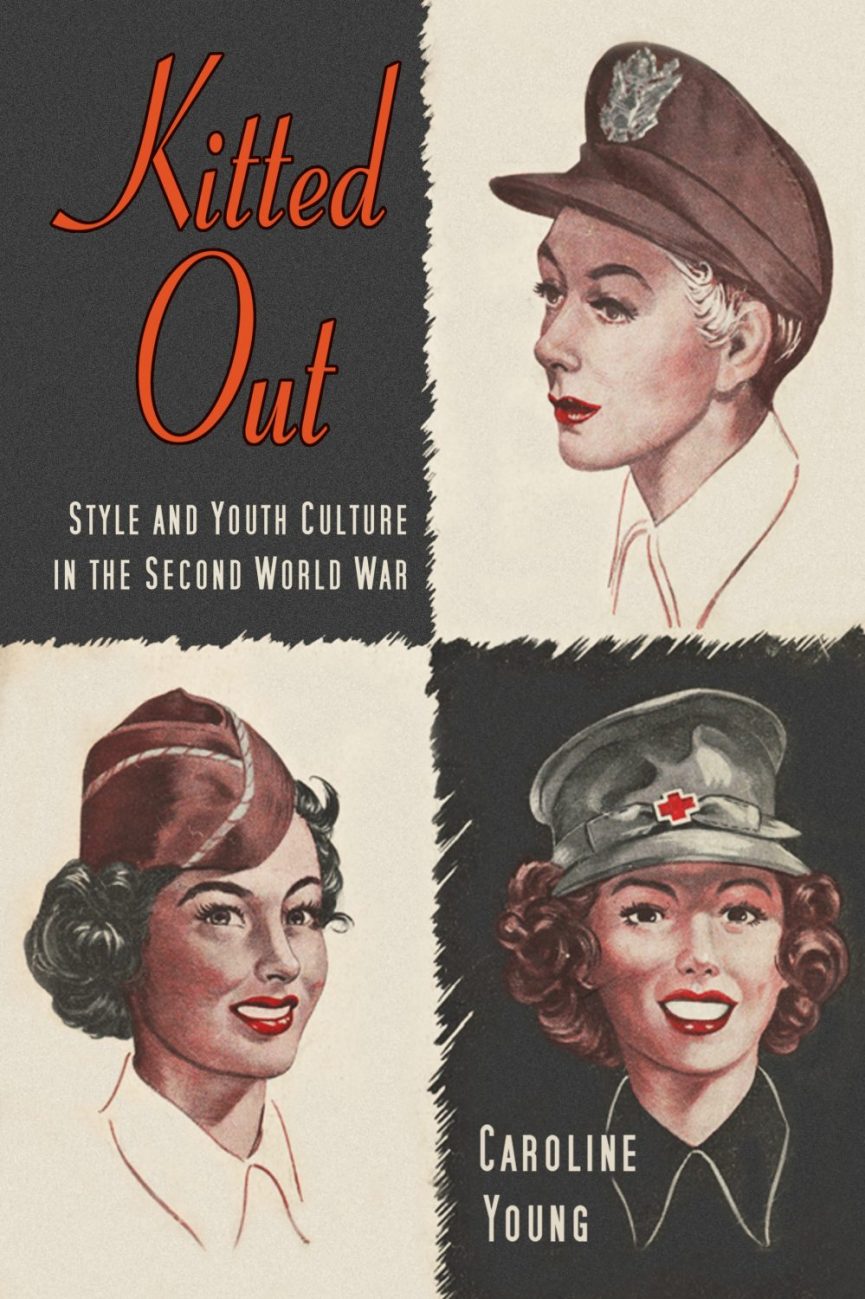 ” When war was declared in September 1939, young people around the world were expected to put on a uniform and fight in a conflict not of their making. They may have been dressed in regulation khaki or air force blue, or restricted by rationing, but driven by angst, patriotism and survival, they took every opportunity to express themselves by adapting their clothing. Away from the war their lives were shaped by swing music and its fashions, allowing individualism to flourish despite repression and offering a rebellious reaction to the fearful sound of jackboots marching in unison. It was a time of new identities, factions and hierarchies.

From the British Tommies and the American GIs, to the ‘Glamour Boys’ of the RAF, the ‘Spitfire Girls’ of the ATA and members of the French Resistance, Kitted Out is a fresh take of the Second World War through a fashionable eye. The poignant and inspiring stories behind the uniforms, styles and self-expression in Britain, the United States, North Africa and occupied Europe will be painfully resonant to a new generation of young people.”

I always feel honoured when an author approaches me to review their work, so I was delighted and excited to be invited* to take a look at Kitted Out by Caroline Young.

Kitted Out is focused on a fresh view of the Second World War. Based around the uniforms, it retells the individual stories of those signing up to various military and intelligence units both in the UK and in America. Young reaches right into the heart of some of these individuals and the groups that they were part of, both for work and socially. No topic is left untouched, with swing music, relationships, prejudices and rebellious groups all addressed. Fashion is a primary line of focus, but Young goes beyond simply what was worn, to where some of the ideas came from, how they provided cover for intelligence officers and whether or not they were comfortable.

It is one of the most enjoyable historical, non-fiction books that I have read for a long time. I found myself eagerly anticipating my next reading session, delving into the past, learning about incidents that I didn’t know about despite having studied the World Wars myself. Young’s focus deals with the realities of the Second World War, and its build up, for those in their late teens and early twenties. She writes powerfully about the different roles that both men and women played at home and abroad. Drawing on records from the time, including letters and journals, other publications and books it is clear that Young has deeply engaged with and investigated this period. The sum total is this extremely informative, enlightening and moving account of the war, bringing to life people that other history books appear to have overlooked.

I would highly recommend this book to anyone who enjoys history, specifically the Second World War, or enjoys reading about life in a bygone era. It may in particular appeal to those whose great-grandparents, grandparents and/ or parents fought in the war or supported the war effort on home soil.

Among the individuals featured, somewhere in the mass of those signing up and supporting the war effort were my own grandparents. My only regret arising from this book is that none of them are alive for me to share this fresh perspective with and ask questions of.

As a final note, I have already bought a copy of this book as a gift for a family member, and I can see that I will buy more in the future as presents for others too. It really is an intriguing and thought provoking account of a difficult time.

Caroline Young is a freelance writer and author specialising in fashion, pop culture and classic cinema. As well as Kitted Out, she is also the author of books including Living with Coco Channel, Hitchcock Heroines, Style Tribes and Roman Holiday: The Secret Life of Hollywood in Rome.

Originally from Edinburgh, where she still lives, Caroline has written for and featured in The Herald, Scotland on Sunday, I-On, Premier Living magazine, The Telegraph, and The Scotsman.

*N.B. Thank you to Caroline Young for gifting me a copy of her book Kitted Out for the purposes of my review. All thoughts are my own. For more information, please take a look at my disclosure page.