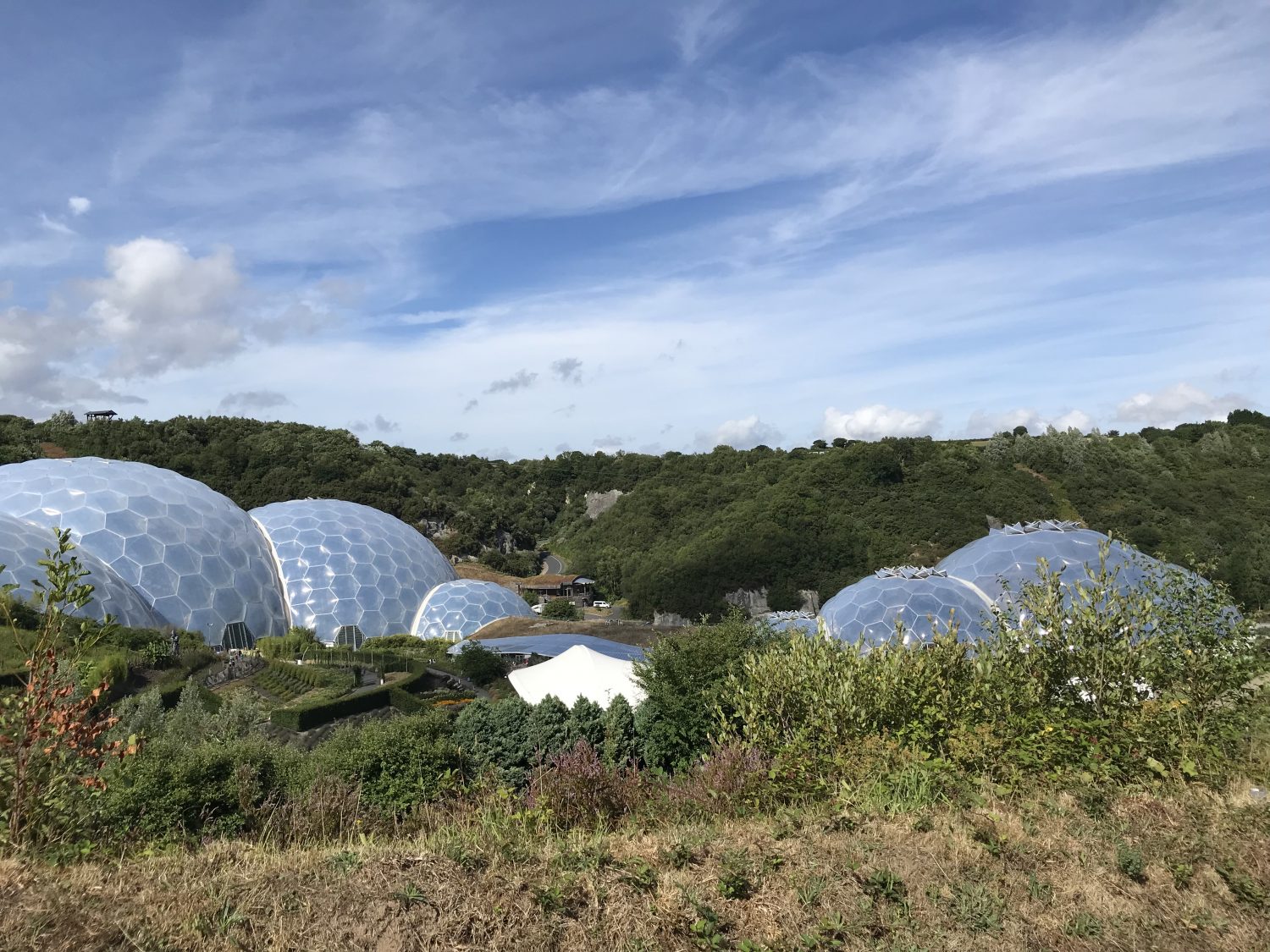 The Eden Project in Cornwall. It had been on our list of things to do for years and a couple of times we had nearly been but never actually made it. So when we went on holiday to Cornwall we made the trip. The boys were excited, we were excited, but what did we really think when we came away and reflected on our day there?

First of all I must tell you that we spent NINE hours there. Yes, really. We were all engaged for the entire time as well which is no mean feat with a seven, five and three year old. Despite this lengthy day we had not had our fill by the time that we left. We wanted to start over and go round it again. Our tickets, thankfully, are valid for unlimited entry for 12 months so when we got home we booked another Cornish break almost immediately.

The Eden Project was one of the landmark Millennium projects in the UK. I recall reading so much about it as it was being constructed. It seemed so exciting and quite unlike any other project I had heard of. Work started a couple of years earlier however with the first Biomes taking shape in 1998. The first visitors walked through the doors in March 2001 and although I can’t find an exact figure, the last recorded total that I can see is that over 18 million people have been since. 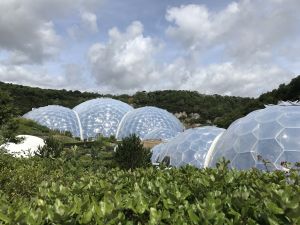 When we entered we were immediately impressed. A park and ride service ferried us between the car park and the entrance, and the staff on arrival dealt with us promptly and were fantastic with the boys. On walking through and out into the main area our breath was taken away. The Biomes really are astonishing to look at and every inch of the walk down to them has been carefully thought about, charting life on Earth through to the modern day. We spent a dreamy half an hour eating a picnic on steps surrounded by flowers before venturing further. 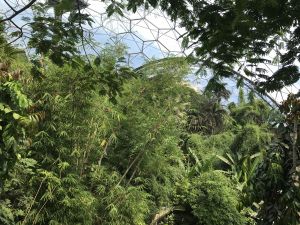 We started our Biome explorations in the Rainforest. Chief was on the look out for the pitcher plants which he really wanted to see. In fact when we found them he told a few people around us what they were and how they ‘worked’! 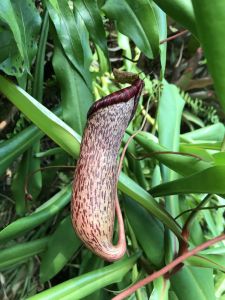 Walking through the Biome Munch and The Loud One loved seeing the roul roul partridges and all of us thoroughly enjoyed the canopy walkway complete with a cloud display. 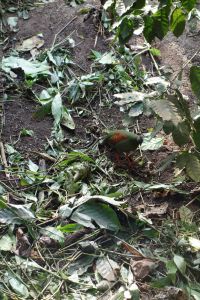 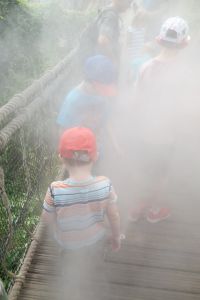 I also rather enjoyed tasting the Baobab smoothie and my husband liked looking at the Orchid house. We all had fun spotting the fruit and nuts growing throughout the Biome too. We saw bananas, pineapples and cashew nuts to name a few. I confess that neither myself or my husband realised that pineapples grew on the ground. In fact despite my husband having traveled to Malaysia and me having been to the edge of the Amazon when I visited Peru, we learnt a great deal in this area about all sorts of things. 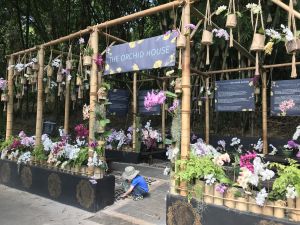 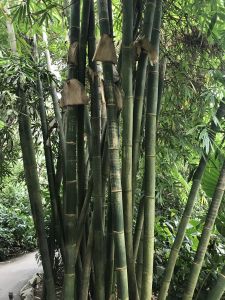 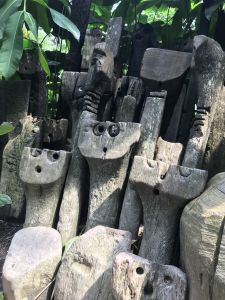 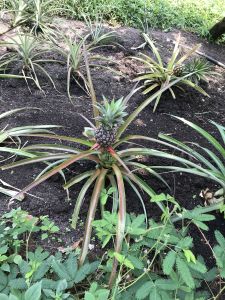 Next we moved to the Mediterranean Biome. This really felt as though we had somehow stumbled into Crete or Italy. The scent in this area was beautiful. A mix of herbs and delicate floral tones. 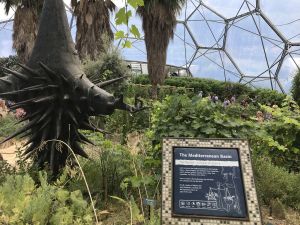 When we were there a summer holiday show was on which the boys really enjoyed watching. I suspect that this is a regular occurrence during the school holidays, or the summer season at least. It’s well worth checking out the events page prior to visiting. There was also a café in this Biome although we didn’t stop to eat there but it looked as though the menu was very tasty. I was impressed by how well different dietary requirements were catered for at the Eden Project. Following a vegan diet was no problem here as I tucked into a vegan Cornish pasty in the visitor’s centre later in the day! 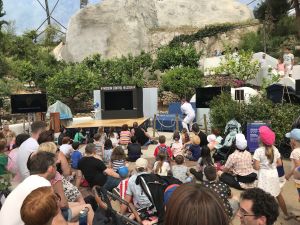 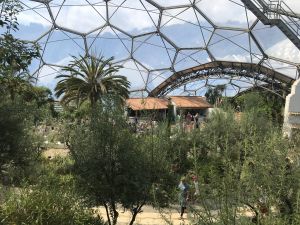 The outside areas were full of things to do which fitted in with the summer holiday theme of space too. The boys absolutely loved exploring the different areas and getting stamps in their space passports. I was so impressed with how well organised everything was. There were no huge queues and it didn’t feel as though the place was packed although I suspect that there were a large number of people there. 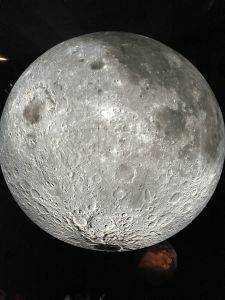 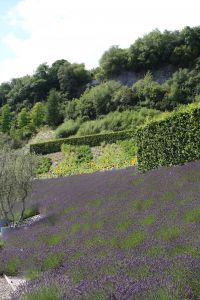 We ended our day at the Core. This is a brand new permanent exhibit which connects all things small, large, far away and close by together. With interactive displays and hands on science experiments we could have spent much longer in this section but by this point we were running out of time. I think when we next visit we might start at this end and work our way towards the Biomes! 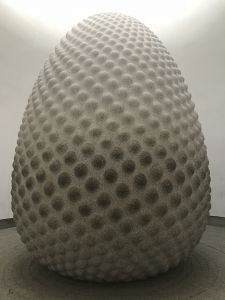 All in all, we had a fabulous day out at the Eden Project. We learnt so much, and I in particular was inspired to bring some of my new knowledge and enthusiasm back to our garden. We’ve been working hard on our outdoor space since we moved in and although Biomes aren’t exactly possible there is much more that we can do. In particular I’d love to reorganise the borders a bit and to bring together colour throughout the year and place plants near each other that like the same soil and light conditions. In fact that takes me right back to my A level Biology project but that’s a whole other post! 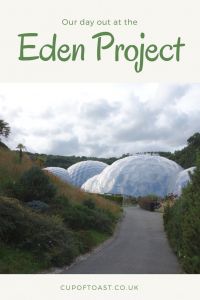 Have you been to the Eden Project? Or is there a horticultural wonder that you have loved and can recommend? Let me know!

N.B. I did not receive anything in exchange for this post, I am simply sharing the love! For more info, take a look at my disclosure page.

Want to know even more? This video shows the wonder of Eden Project from the outside: