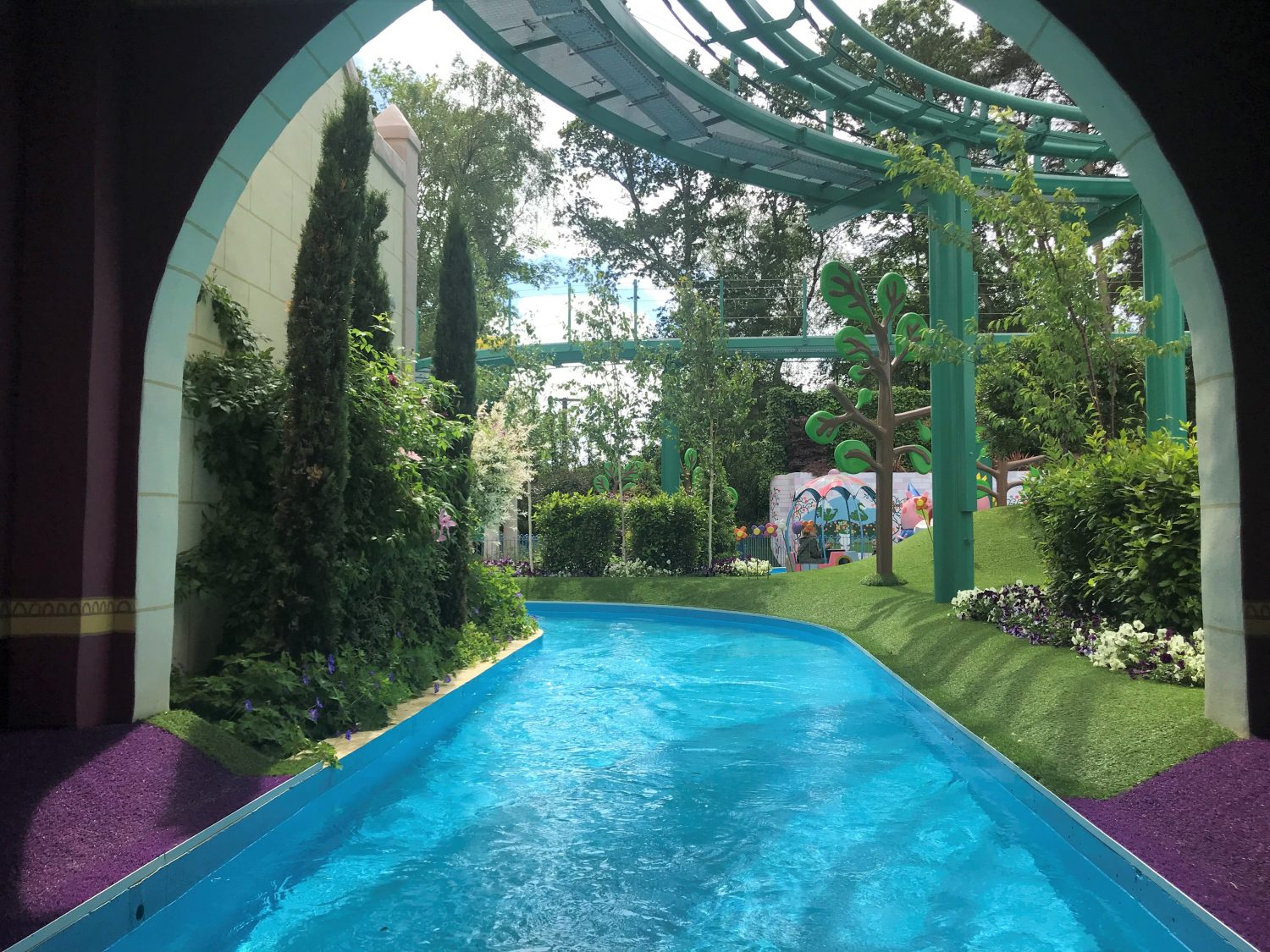 At the edge of the New Forest a little sprinkle of magic meets the whir of rollercoasters as a former country park has evolved into a venue for serious childhood fun. I’m talking of course about Paultons Park. 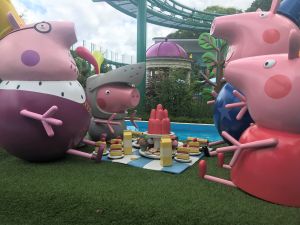 Paultons Park is perhaps best known as the home of Peppa Pig World. Peppa largely passed by Chief, but when Munch was gifted a set of books for his third birthday he, and The Loud One who liked to nestle in for stories with him by then, were delighted by her adventures. So when The Loud One spied a map of the park casually stacked in a supermarket he of course wanted to go and with a Lost World dinosaur area the bigger boys did too. 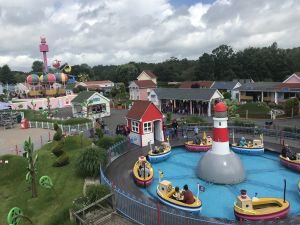 I’ll come on to some of the specifics a bit later, but first let me tell you that the boys loved their day out at Paultons and Jacob and I were impressed as well. The rides were clean and very well maintained, in fact the whole park was. The staff were friendly and super helpful. There was a good selection of things to do, from the Peppa Pig rides which were perfect for very young children, to the Critters Creek and Lost World which had rides to entertain bigger kids as well. I wouldn’t choose to take teenagers to Paultons Park, but they could certainly have some fun if they were part of your group. There is also a log flume which although short has two drops – one of which was fairly steep and appealed to our thrill seeking six year old! If you are in need of a quieter moment or three, elements of a country park feel remain, with an animal area and a woodland walk. 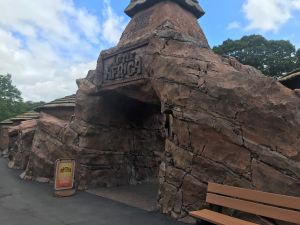 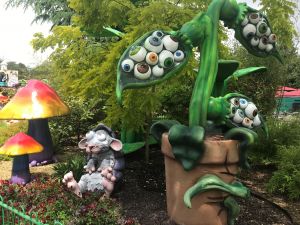 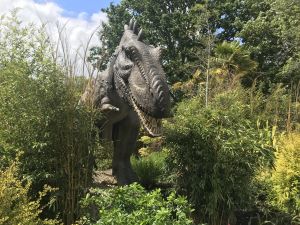 I’ll start with the good! As mentioned above the park is very well maintained and there is a good choice of rides available for the whole family. There are plenty of food options with different dietary requirements catered for and unlike some theme parks there are plenty of places to sit and eat. The whole park is quite small compared to some, which means that it is easy to cover in one day, especially with older children who move quickly! We enjoyed looking at the surroundings almost as much as going on the rides themselves, it is clear that a lot of time and effort has been put into the design and continues to be focused on the environment. In fact we came home with ideas for our garden!

The car park is free so once you have bought your tickets there are no hidden extras. We didn’t need one but I understand that there are free to hire buggies too for little ones who might get tired. All the toilets are equipped with inbuilt trainer seats which I felt was a thoughtful touch. If you download the app you can keep an eye on ride queue times across the park and it certainly seemed to be accurate and regularly updated. There are offers too although honestly we didn’t feel that they were particularly enticing. 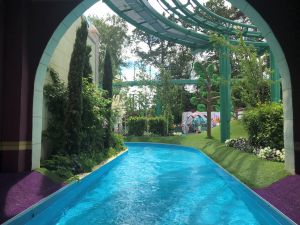 Top tip! Aim to get there for when the park opens at 10. We went on a school inset day and started with Peppa Pig World. The queue times were about 5 – 10 minutes per ride which was fine. By late morning the queue times were around half an hour. We headed over to explore the rest of the park at that point then popped back to Peppa Pig World for the final hour of the day when most queues had reduced again. 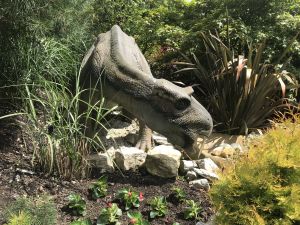 Like anywhere though, there are a few things that aren’t perfect and I’ll start with the biggest: the cost. We’ve kept an eye on tickets for the best part of a year and come to realise that Paultons Park don’t offer discounts (like the 2 for 1 offers you can find for other venues or the supermarket reward points schemes) and the tickets are pricey. Our ticket, for example, was £147.50 for all five of us, which is almost twice the price we pay to get into other UK theme parks. I felt that this could be regarded as somewhat elitist as several families, especially those with very young children, simply wouldn’t be able to afford to go. You might think that a two day ticket would work out at better value but at £277.50 for five it isn’t that much of a saving (£138.50 per day equivalent). Add in a hotel or Airbnb stay and we were looking at a total cost of £500 if we stayed for two days. To put that into perspective, a two day ticket alone cost the same as our week’s cottage accommodation in Cornwall during the school holidays. I’m sure that Paultons would argue that it is worth it, but I don’t think the park stands out as being that much better than other theme parks that the difference in price feels justified.

Another thing that put a bit of a downer on the day was we hadn’t realised that the food areas and shops closed at the same time as the rides. So when the rides closed at 5pm and we made our way back to the main entrance/ exit area we were surprised to find the shutters on the main café were already down (this was about twenty past 5). The shop shutters closed shortly after we had entered and we were ushered to make our purchases as tills started to close. Fortunately the staff were great and gave us advice about where we could go to eat before we made our way home (they suggested a nearby McDonald’s). For the record we did have a picnic with us but had wanted some hot food to go with it for one of the meals. If we had known how promptly the food outlets would close we would have chosen to do this at lunchtime instead of teatime.

The final area of disappointment was the treatment of disabled visitors. I have a hidden disability. I was able to use my blue badge to park near the entrance which was very useful and there was ample parking, but beyond that as I don’t use a wheelchair the help was not forthcoming. As mentioned above, queue times are updated on their app which is useful and where queues were long there was plenty of seating so I sat some rides out whilst Jacob went on with the boys. As a slight side note here this worked out well as Chief was allowed on most without needing to be accompanied and for the younger boys Jacob was able to take both of them on (unlike some parks which are one adult per child on a ride). Paultons seem very focussed on whether or not you have a wheelchair though. If you do you can cut queues but if not then, well, you’re on your own or, in my case, very dependent on whoever is with you to help. I did wonder how this would work with children who have a hidden disability, for example a child on the autistic spectrum, if they couldn’t manage long tight queues. I couldn’t see that there was any exception to the wheelchair rule. I think Paultons are a little slow to support such disabilities but perhaps this will change in future. 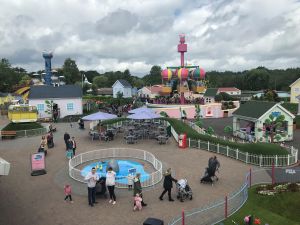 We did like it and the boys loved their day out, The Loud One declaring it was the “best day” of his life. Would we go back? Sadly, I don’t think so. The main factor putting us off being the price, but are we glad we went? Yes, absolutely. 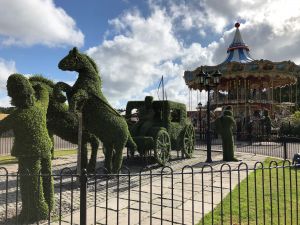 Have you been to Paultons Park? What did you think? Which other theme parks would you recommend we try out? Let me know in the comments below! 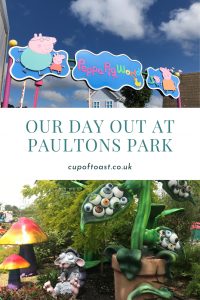 N.B. I have not received anything in exchange for this review. All thoughts are my own. For more information please see my disclosure page.