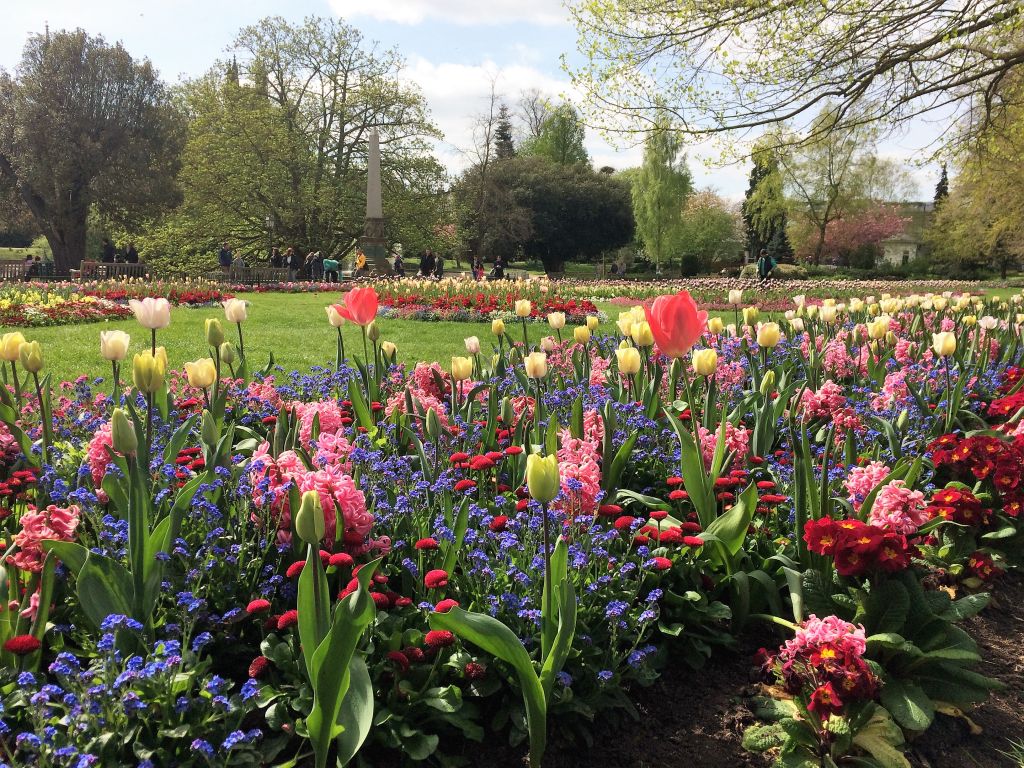 My birth town of Leamington (as it is known locally) has a very interesting history. Originally recorded as Lamintone, and later called Leamington Priors (after the River Leam and Kenilworth Priory) it begun life as a small village, with one very valuable commodity – a mineral spring.

Spa waters and their benefits had been known about for hundreds of years but it was in the 1700s when spa towns became increasingly popular and fashionable. By the late 18th century, the springs began to be rediscovered in Leamington Priors. Before long there were a number in the town with bath houses constructed around them. It was after 1810 however, when a spring was discovered to the north of the river, that the town really began to flourish. The location of the spring gave rise to the opportunity to build a larger bath house (The Pump Rooms which opened in 1814) with gardens and a bandstand for the exclusive use of patrons. It was built on the edge of the developing part of the town which hosted visitors so was easily accessible and perhaps arguably more fashionable as it was purpose built.

Spa water was considered to alleviate the symptoms of a wide variety of ailments, from joint stiffness to the effects of gout. A local doctor, Dr Jephson, started treating patients at The Pump Rooms in the early 1820s and Leamington sprung into becoming a fully-fledged and extremely popular ‘spa town’. By perhaps a stroke of luck, Queen Victoria visited the town in 1830 and in 1838 she approved the town’s application to be adorned with the ‘Royal’ prefix and the name changed to Royal Leamington Spa. She visited again in 1858 and a statue of her stands proudly outside the Town Hall.

Today Leamington is awash with Regency architecture. High town houses and stucco frontages are a familiar sight, as too are the quiet little roads, tucked away with private gardens. There is plenty to do at any age, and it is somewhere that I will readily take my boys for the day, knowing that they will come home happily tired out! 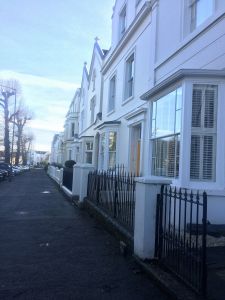 The Royal Pump Rooms now house a museum, art gallery, library, gift shop and café. In the art gallery you can find supplies of paper and pencils for younger children to try their hand at creating a masterpiece. The museum has interactive displays and information boards retelling the history of the town. You can still sample the spa water too (if you’re brave enough!).

Outside, the Pump Room Gardens which were opened to the public in 1875, are lovely. You can while away time with a picnic here, or take a stroll to see the river.

Jephson Garden’s is across the road from the Royal Pump Rooms and is delightful. Flushed with colour all year round, it is a wonderful place to take a walk. In the Glasshouse at the centre of the gardens you will find tropical plants and fish, and during school holidays there are often free children’s activities on too. Nearby is a beautiful sensory garden for all the family to enjoy. 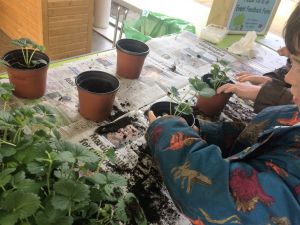 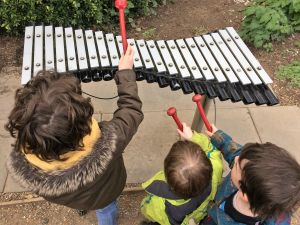 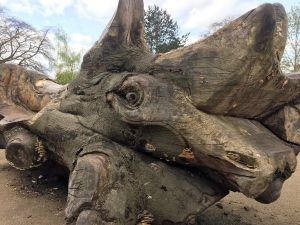 If you walk from Jephson Gardens across a footbridge over the weir, you will come to Mill Gardens which has a lovely little play area for young members of the family, or for the more adventurous you can take a boat out onto the river for a small fee.

The town itself boasts a busy high street, called The Parade, with several shops and cafés, along with side streets hosting a bounty of independent retailers. There are two cinemas in the town centre too, along with a theatre. The Town Hall has events on as well so be sure to check the programme before you visit!

A short walk will bring you to Newbold Comyn, with a pub, golf course, plenty of open spaces to really stretch your legs, and a nature walk near the river. Our dog loves it there! 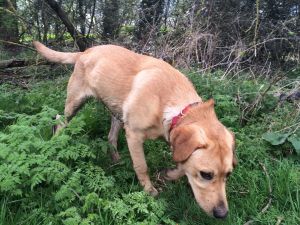 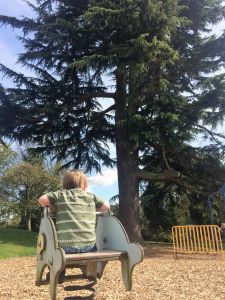 Leamington is very well connected by road or by public transport. The train station is just a few minutes’ walk from the south end of the town centre and there are regular buses to other towns and cities. Sometimes overlooked for the better known Stratford-upon-Avon or Warwick Castle, Leamington should be on your list of places to visit in Warwickshire – if it isn’t already! 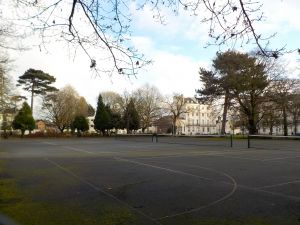 Have you been to Leamington? What’s your favourite thing to do? I’d love to hear from you! 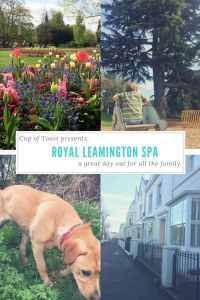 The Tale of Mummyhood