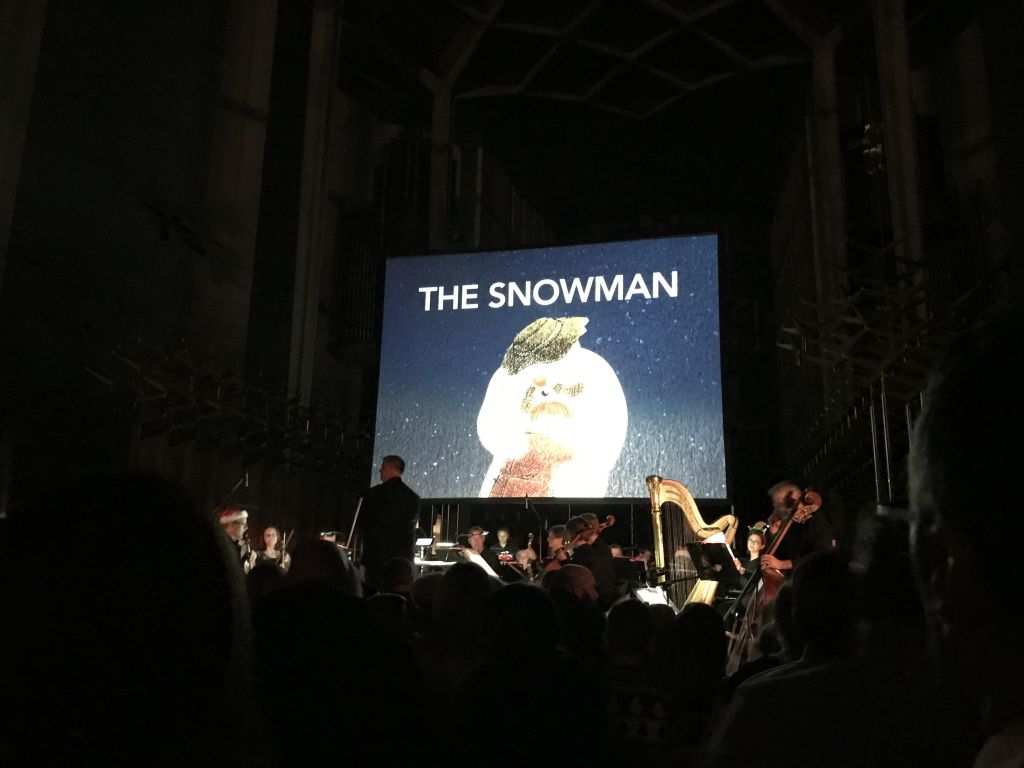 As the sun was setting over Coventry, the lights from the Cathedral sparkled across University Square and the scene was set for the most magical of winter events: The Snowman Tour. You may recall that I mentioned a few weeks ago how delighted I was to have been invited to this event and what special memories this story has for me. Well the evening far exceeded my most excited of expectations. 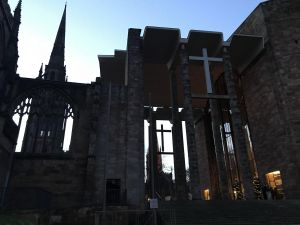 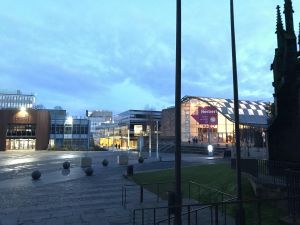 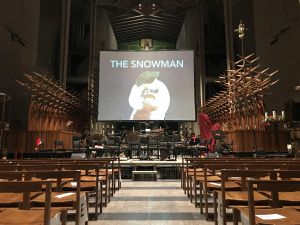 The magic started with an initial warming up of the instruments. My boys were intrigued and I was able to share my memories of playing my clarinet in an orchestra when I was younger with them. I think that music is so valuable and can really stimulate young minds so it was lovely to see them taking an interest in this. The Dean of the Cathedral then welcomed us. It was such a pleasure knowing that the Cathedral was so involved. In fact, three of their very own choristers were singing ‘Walking in the Air’, one at each performance. I was told that Coventry Cathedral choir has a reputation for being the most diverse in the country so it was a real treat to see one of these talented members singing, and to meet another. 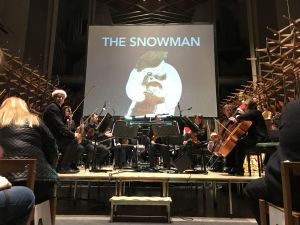 We then enjoyed the opening piece – the Christmas Overture. It was beautiful and mesmerising, capturing the attention of the entire audience, young and old. Moving on we were introduced to each instrument in the orchestra through a story of a train ride. This was such a fantastic way to acquaint us all with the sights and sounds of different instruments, using familiar music such as ‘Do You Want To Build A Snowman?’, ‘Sleigh Ride’, and ‘O Come All Ye Faithful’. 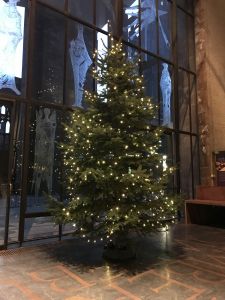 Next was the magical pairing of David Litchfield’s ‘The Bear and The Piano’, narrated by Joanna Lumley, along with Dan Whibley’s enchanting music. The score was reminiscent of timeless classics heard from composers gone by like Sergei Prokofiev. With mouths wide open the boys looked on. This is one of their favourite stories, in fact they chose it for my children’s books series that I wrote at the beginning of the year. A tale of friendship, love and music, the story was brought to life in an unmissable immersive family treat. 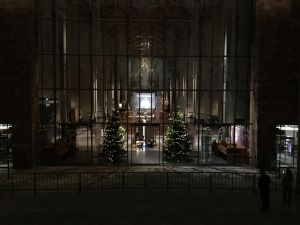 Then came the main event, ‘The Snowman’. It was directly preceded by ‘The Snowman Waltz’ when we met The Snowman character who danced among the audience, delighting the children as they watched him wave and skip along the aisles. He bid us farewell, the lights dimmed and the story began. A hush fell across the pews as once more all eyes were fixed on the screen and ears opened to the perfect tones of the live orchestra. They were expertly kept in time to the animation by the wonderful conductor, Steve Magee. Embracing us all, we were swept up by the magic of the show. Each of our boys was enthralled. The beauty of the event was not lost on them as they followed the story and swayed to parts of the music. 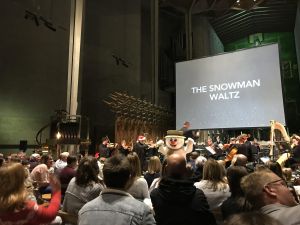 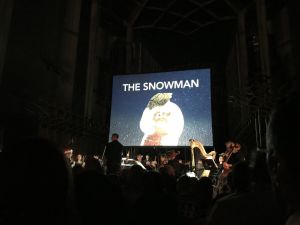 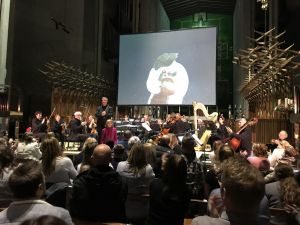 Whether celebrating Christmas or not, this event is not one to be missed. It is clear that a lot of thought and hard work has been put in to this tour. Our boys felt and experienced the performance in different ways, each coming home recognising the parts that had grabbed their attention. The bear playing in a concert on Broadway, The Snowman’s motorcycle ride music, the beautiful singing of the chorister, even the fun train ride at the beginning introducing each instrument was not forgotten. 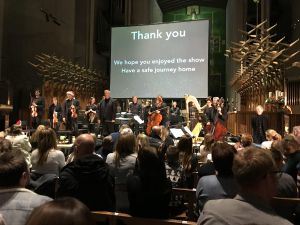 This event is definitely one that should be added to your seasonal calendar of family outings, and one that we hope to attend again. Tickets are still available at some venues and can be purchased from here. 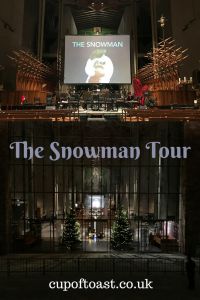 N.B. I was gifted tickets in exchange for this review. All opinions are my own. For more information, please see my disclosure page.