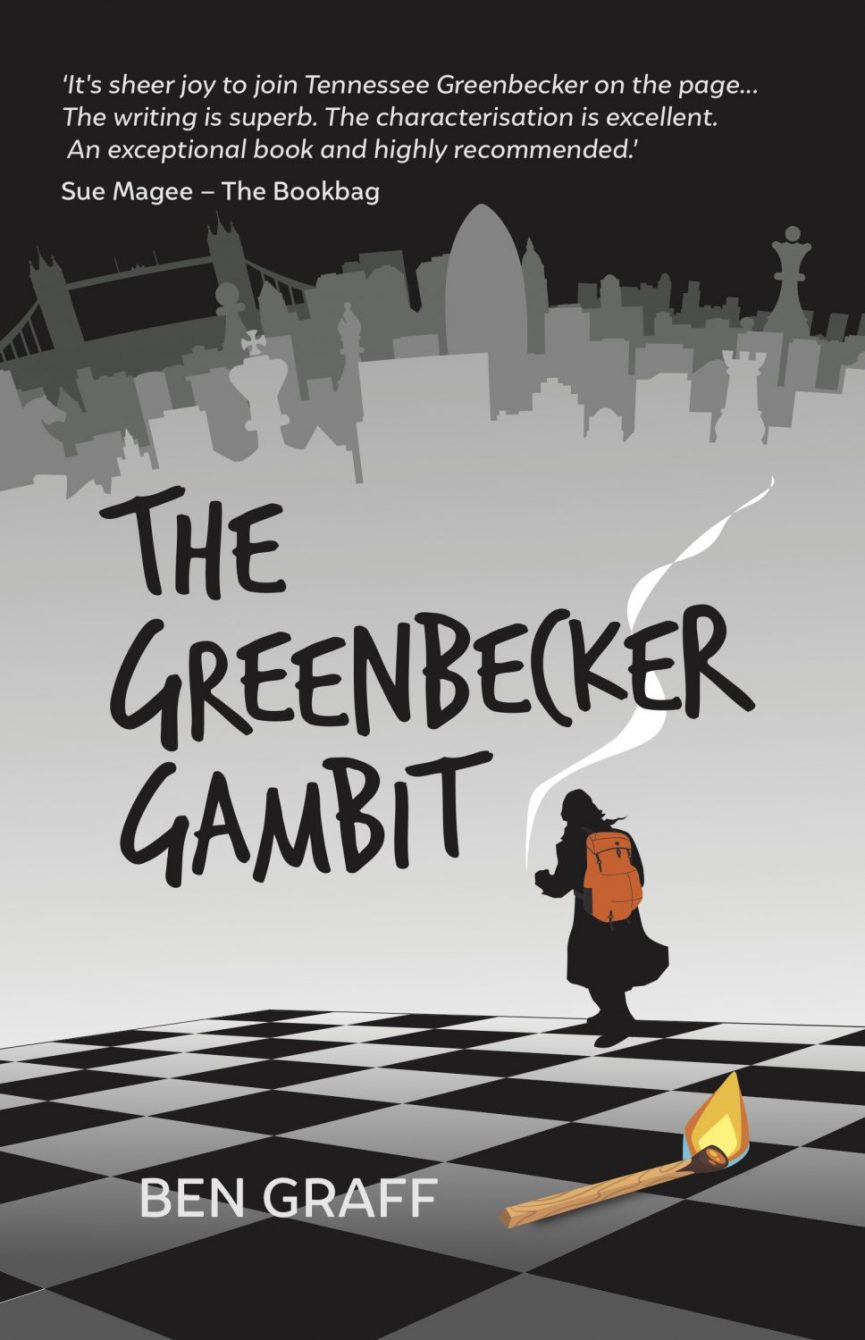 “‘I only feel truly alive when the chess clock is ticking and the patterns on the squares in front of me are dancing in my head. Very little else gives me the same feeling. Nothing else, that does not involve a flame.’

Tennessee Greenbecker is bravely optimistic as he sets out to claim what he sees as rightfully his – the title of world chess champion. But who is he really? Is he destined to be remembered as chess champion or fire-starter? Either way, might this finally be his moment?”

I was delighted to be approached to review* the latest book from Ben Graff, The Greenbecker Gambit. Based on the world of chess I wasn’t quite sure what to expect. I confess that my own chess skills are easily overshadowed by those of my nine year old son. Then again, whilst he is good at the game and not meaning to take anything away from him, I am only just about able to name and place the pieces on the board, never mind planning clever gambits to win games.

The Greenbecker Gambit is about so much more than the game though. In fact chess seems in part a hook on which to hang a much deeper, psychologically thoughtful novel. Following the character Tennessee Greenbecker, we as the audience are more poised for his next real life move than one on his chessboard.

Tennessee is not a particularly easy or relatable character. He is not someone who would be top of my list for a catch up with, in fact it is unlikely that he would make the list at all. Graff skillfully keeps him steady though. Consistent. Unpredictable yet somehow unsurprising. What Tennessee perhaps lacks in mastering a chess tournament, Graff succeeds in delivering through a thought provoking story that challenges your own perceptions and reactions. You are slowly drawn into feeling sympathy for Tennessee. Recognising that some of life’s mishaps have left a big impression and are difficult to shake off despite seemingly regular attempts from his brother.

I felt that the novel ended somewhat abruptly and found myself wanting to know what would happen next. There is plenty of scope for thought or discussion on this point, or perhaps even a follow up book. If one were forthcoming, I would certainly be keen to read it!

Graff’s writing is superb. His language draws you in and hangs on to you. In real time the novel is set over a relatively short period, but past events are skillfully woven through so that even if the pace feels slow in places, the characterisation is believable and retains intrigue.

I would certainly recommend The Greenbecker Gambit and will be looking out for more from Ben Graff.

Ben Graff is a writer, journalist and Corporate Affairs professional. He is a regular contributor to Chess and Authors Publish. He is not a grandmaster but did draw with one once.

*N.B. Thank you to Ben Graff for gifting me a copy of his book for review purposes, and to Rachel’s Random Resources for organising the book tour and supplying the graphics for this post. All thoughts are my own. For more information, please see my disclosure page.