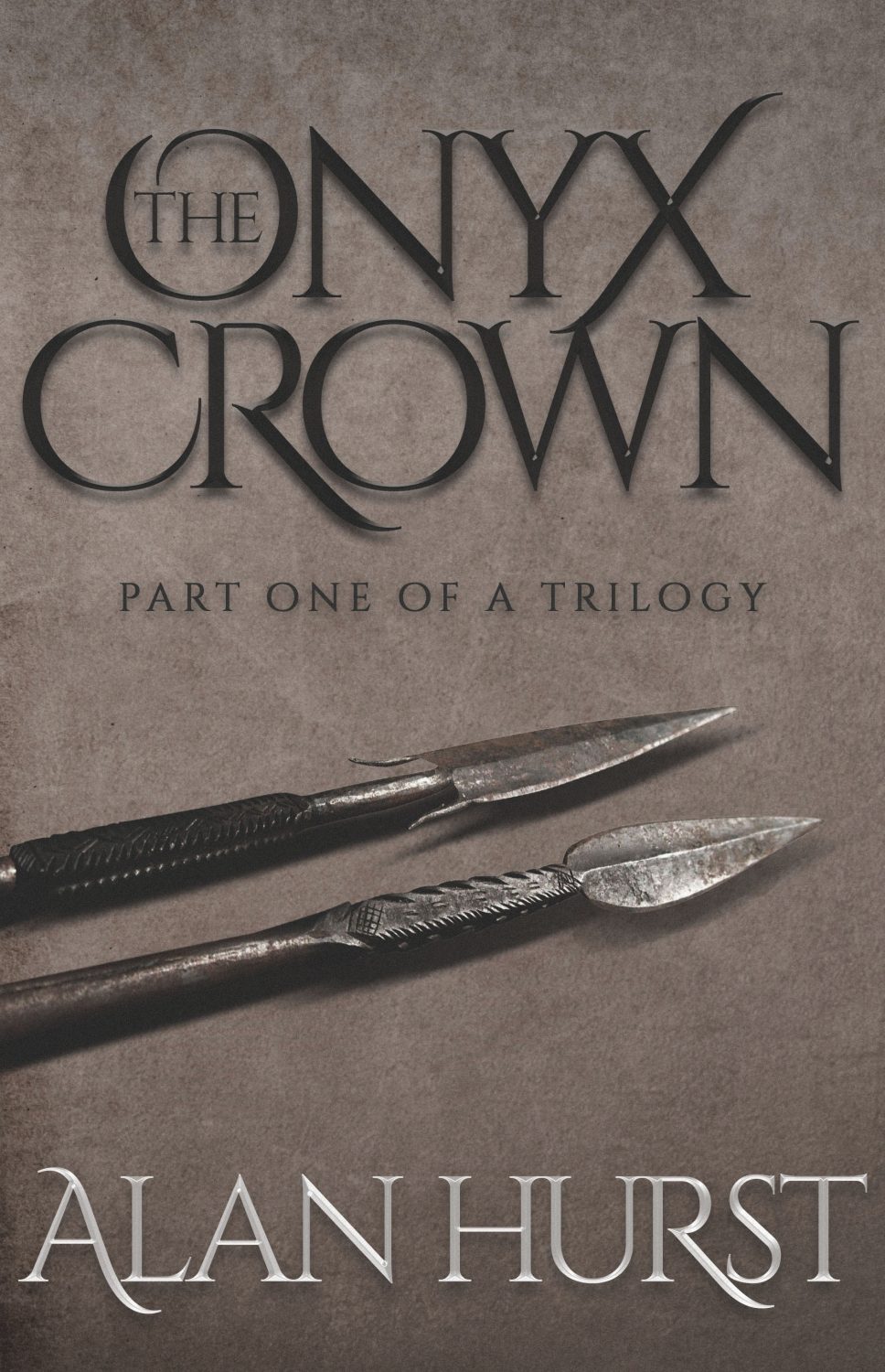 One of my favourite indulgences is to curl up with a book at the end of a weary day. Disappearing into another world, whisked away on an adventure or travelling through time, books are one thing I have always made space for.

Today I have the absolute pleasure of introducing you to the author Alan Hurst who has written The Onyx Crown (the first part of a trilogy) which was published earlier this year. 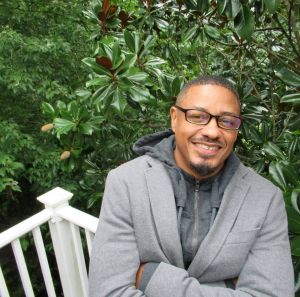 Hi Alan, thanks for joining me today. Can you tell me a little more about yourself?

I grew up all over the United States.  My family moved between Maryland, North Carolina, Oklahoma, and back to North Carolina before I was 10 years old.  My father was drafted by the Houston Astros (professional baseball team) and played a bit in the minor leagues for them before he decided to join the military.  This was when we started moving a lot.  I studied pre-medicine at North Carolina State University but decided to move to the Washington DC area in the late 90s.  There I worked as a software architect, traveling to Singapore, Manila, Lisbon, Amsterdam, Indonesia, and many other places.  While on a long-term assignment in Boston, I decided to study religion at Harvard.  Eventually I got tired of traveling and decided to start a software firm back in Washington, DC.

Wow! That’s quite an adventure list. Where was your favourite place to visit and why?

Hmmm. The thing is, you visit different places to experience different things.  If I had to name my favourite place to relax it would be Bintam Island, Malaysia.  While I was there it seems as if I were separated from the entire rest of the world—just white sand, blue water, and the occasional wild monkey or two.  On the other hand, if I want to travel somewhere to have a “whirlwind” great time, it would most likely be Singapore.  There just so much to do there, and the food is incomparable—not to mention it’s a very clean and safe city.  I went to London just this past October for the first time and had an absolute blast.  It’s a fantastic city.

So, moving on. Can you explain a little about your writing background?

I don’t have the classic “English Lit Degree” background that a lot of authors do.  However, my desire to write does actually come from my college days.  My preferred subjects were the ones dealing with Literature and Composition.  I liked the idea of trying to convince my professors that I had a valid opinion, and the challenge became convincing others to share my opinions.  I try to carry this premise over into the Onyx Crown Series as well. 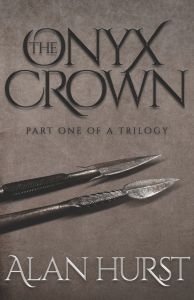 Where did you get your inspiration for writing The Onyx Crown trilogy?

I’ve always thought, ‘Fantasy is cool, but wouldn’t it be great if the characters in some of these books looked like us?’  The problem is, fantasy storytelling with a lack of diversity is so prevalent that you really don’t even notice it.  Case in point, I loved the Lord of the Rings books as a child, and I’m also a huge fan of the Song of Ice and Fire books.  However, it wasn’t until they came to the big screen, that I realized there were no people of colour in the story, that’s how much my mind has been conditioned to accept the status quo.  Even within Game of Thrones, all of the characters of colour are either slaves, former slaves, or smugglers.  Is this an intentional thing?  No, it’s just the way things have been, but I felt that people of colour needed characters and settings they could identify with.  Hence, The Onyx Crown.

Are any of the characters or locations in your book based on your real-life experiences?

Not really, though Sania would be considered a composite of the best traits of the ideal woman as far as I’m concerned.  She’s smart, sensitive, has a great since of humour, and never backs down from a challenge.  Some of my early readers were, dare I say disappointed, that I alluded to her preferring girls to boys.  But that’s life man…

Who do you think your book will appeal to?

It should appeal to every fantasy fan, particularly those who like an emphasis on combat sequences and political intrigue.  I also hope that African-American readers embrace it as well, due to its characters and setting, but people who want to see more of themselves in modern fiction should embrace this.  The book deals with immigration, same-sex preferences, gender equality, abortion and many other topics that are hot-button issues in today’s society.

What is your writing process?

Great question.  I’ve tried so many different processes, but the only one that seems to work is to actually start typing words on the screen.  I tried outlining and things like that, but they don’t work for me.  My mind kind of spontaneously decides where it wants the story to go and usually it winds up being somewhere totally foreign to where I thought it would be when I began writing.

Do you have a favourite spot to write in?

Not any one particular spot, but I do like to have a lot of activity around me when I write.  I prefer to be surrounded by chaos with my headphones on than be in a quiet room.  It keeps me more alert.  The last place where I like to write is my office; I prefer to edit there instead.

I understand you have written children’s books previously, what made you switch to this genre?

I did write children’s book previously, but I was never a children’s book writer.  That sounds hilarious, but the children’s books I wrote were more of a cathartic attempt to write about some of the things I experienced as the father of an autistic child.  The books follow a day in her life as she goes through school, learns to play, struggles to speak, etc.  As I was writing those books, I was working on the Onyx Crown series.  I started writing the Onyx Crown in 2014, so it’s been a VERY long process.  I blame my then-day job for that.

What’s next for you?

Next, and in progress now is the audiobook, which I unwisely decided I wanted to narrate myself.  Imitating a West African accent is a lot harder than I thought it would be!  After that I will start finishing up book two which should be ready to release by October.

And finally, what is your favourite genre of literature to read?

Historical fiction, if I had to name one, but I’m a fan of all genres.  In the past couple of years, I’ve read everything from Atlas Shrugged to Percy Jackson and from Hemingway to JK Rowling.  The Chinese Wuxia novels by Jin Yong and Gu Long, which are all based loosely on historical events in Chinese history, are exciting to read—and I learned to write my fight sequences from reading that genre.

Huge thank you to Alan Hurst for joining me today. You can find out more about Alan and The Onyx Crown below: 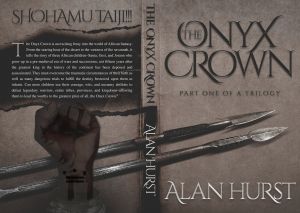 The Onyx Crown is an exciting foray into the world of African fantasy. From the searing heat of the desert to the vastness of the savannah, it tells the story of three children–Sania, Gesi, and Jorann who grow up in a pre-medieval era of wars and successions, not fifteen years after the greatest king in the history of the continent has been deposed and assassinated. They must overcome the traumatic circumstances of their birth as well as many dangerous trials to fulfill the destiny bestowed upon them as infants. Can mere children use their courage, wits, and uncanny abilities to defeat legendary warriors, entire tribes, provinces, and kingdoms–allowing them to lead the worthy to the greatest prize of all, the Onyx Crown? 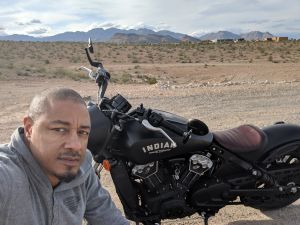 Alan Hurst is an author and entrepeneur. Hurst who spent most of his childhood reading Asian wuxia fiction, Marvel comics and encyclopedias is delving into trilogy territory with THE ONYX CROWN. He briefly studied religion at Harvard.  Later, he settled in Washington, DC where he founded a software consulting firm, hosted the Urban Nation Radio podcast, and occasionally played the World Series of Poker.  When not writing or enjoying time with his family, he prefers to take his Ducati motorcycle out for the occasional spin!

N.B. I have not received anything in return for this post. For more information please check out my disclosure page.