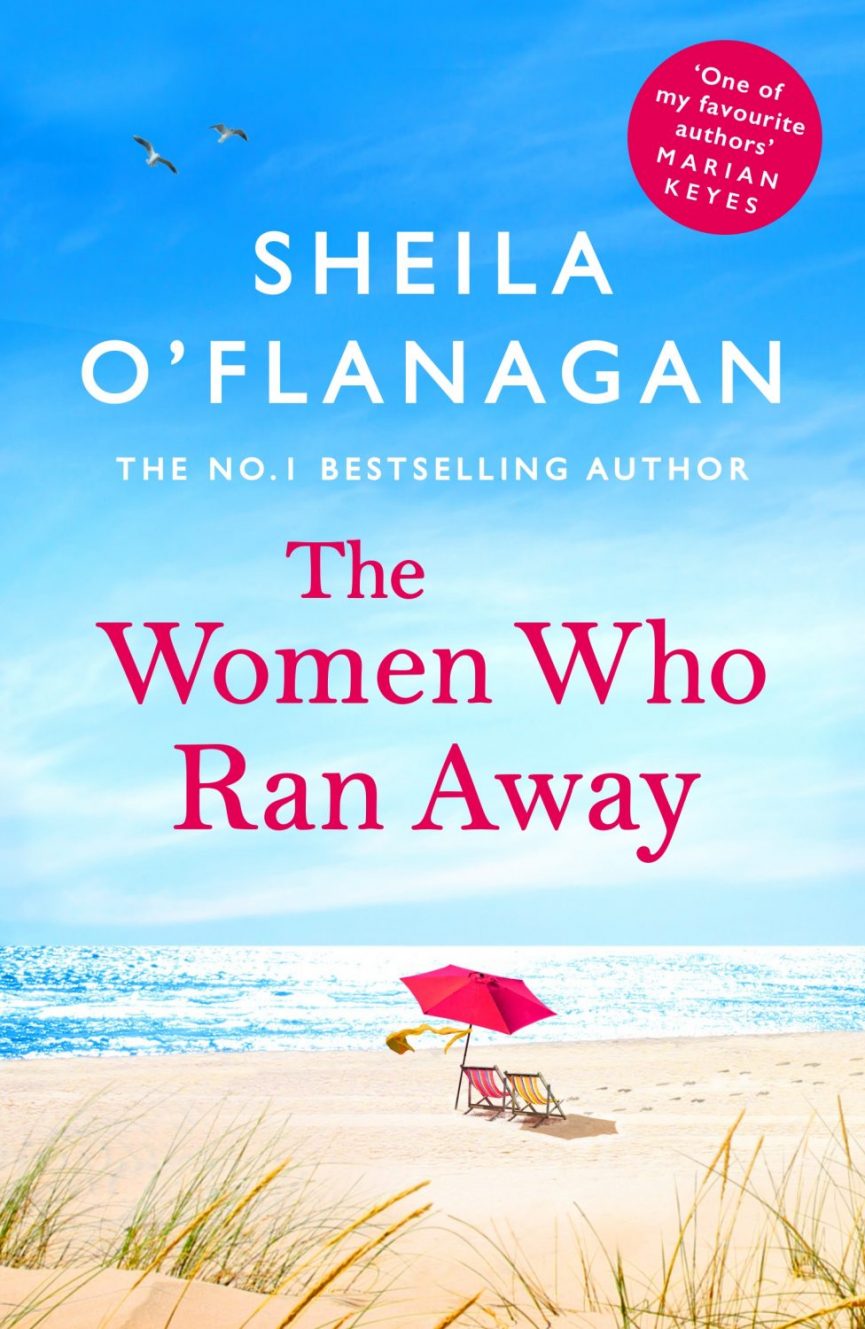 THE NO. 1 IRISH BESTSELLER!

‘One of my favourite authors’ Marian Keyes

‘If you’ve had to cancel your holiday plans this summer, don’t worry – this beautiful new novel will transport you to sunnier climes…’ – HEAT‘S READ OF THE WEEK

In Sheila O’Flanagan’s stunning new novel, two women face up to shocking truths about the men they’ve loved – and start to make their own decisions about what to do next…

Deira isn’t the kind of woman to steal a car. Or drive to France alone with no plan. But then, Deira didn’t expect to be single. Or to suddenly realise that the only way she can get the one thing she wants most is to start breaking every rule she lives by.

Grace has been sent on a journey by her late husband, Ken. She doesn’t really want to be on it but she’s following his instructions, as always. She can only hope that the trip will help her to forgive him. And then – finally – she’ll be able to let him go.

Brought together by unexpected circumstances, Grace and Deira find that it’s easier to share secrets with a stranger, especially in the shimmering sunny countryside of Spain and France. But they soon find that there’s no escaping the truth, whether you’re running away from it or racing towards it . . .

WHAT READERS ARE SAYING ABOUT THE WOMEN WHO RAN AWAY:

‘I would have given this 6 stars if I could‘

‘Within the first chapter, I had left reality and social distancing behind and joined two amazing women on a life-changing adventure’ *****

‘Couldn’t put this book down!’

The Women Who Ran Away charts two chance meetings between two women travelling from Ireland to France. One occasion occurs on a ferry and the other in France. These coincidental meetings lead the two central characters, Deira and Grace, to get talking, exchanging their life stories. Finding a surprising connection between them brings them closer, and soon they begin to work together to solve a treasure trail left by Grace’s late husband, Ken. This journey takes them through France into Spain and on their way they overcome mishaps and learn more not only about each other but also about themselves.

Written in a fun and engaging manner, I found that this was a pleasant book to lose myself in each evening. The pace was light and brisk, and whilst the detail wasn’t heavy, it certainly added an element of realism to the novel. Peripheral characters didn’t really capture my attention, and I thought that they could have been more colourful. Nevertheless they gave rise to sub plots which allowed a little more insight into the lives of both women, enabling readers to understand their differences and draw parallels.

As an audience we aren’t given insight to the clues to solve, meaning that next stages of the trail are unlocked for us at the same time as the characters. I didn’t really find myself cheering the women on as they cracked them. I did, however, feel drawn to their life adventure and journey, both the one they were physically making and the self-discovery that was being realised en route. This didn’t particularly add to the intrigue but did mean that it added to the sense of the story being an easy one to escape to – which is much needed at the moment!

I would recommend this as a light and enjoyable read.

Sheila O’Flanagan is the author of bestselling chart-toppers, including Her Husband’s Mistake, The Hideaway, What Happened That Night, The Missing Wife, My Mother’s Secret and All For You (winner of the Irish Independent Popular Fiction Book of the Year Award). After working in banking and finance for a number of years, Sheila’s love for writing blossomed into curating stories about relationships in all their many forms.

N.B. Many thanks to Sheila O’Flanagan for gifting me a copy of her book for review purposes, and also to Rachel of Rachel’s Random Resources for organising this publication day push. For more information, please see my disclosure page.