This week I’m joined by Kirsty from Winnettes:

It is hard to pick one point in time that I would travel back to. There are so many points in history that absolutely fascinate me. The Tudors and how they helped mould the laws and monarchy as we know them now; Prohibition in the 1920’s and the methods used by people to defy the law; The Roman empire and the mark it made on both the UK and the World. But the time I would really like to go back to is that of the Ancient Egyptians.

I am by no means an expert on these things but I read about them if an article catches my attention and I won’t click past a documentary about the Egyptians. I think the appeal is that we really know very little about them. Everything we know is educated speculation from evidence and documentation that has survived the centuries. They wrote so much down and that is where a lot of the fascination comes from. As a writer I understand the need to document events and to communicate thoughts and opinions.

There is so much more to them I know, but I love their ethos on cats. My life’s goal is to be the crazy old cat lady at the end of the road one day. Plus the amount of women in power is appealing. They were seemly treated as equals or as close as can be. Overall the Egyptian civilisation appears to have been centuries ahead of its time. To this day scientists can’t really explain how the pyramids came to be, there are constant disputes about the purpose of them. Plus the mystery that surrounds the location of Nefertiti’s tomb is fascinating.

The Egyptians began some of the earliest forms of medicine documented on the planet and they even had their own Hippocratic Oath. Surgery was common place and the oldest recorded dentist was an Egyptian. My late Granny believed that the Egyptians were aliens that left this planet as quickly as they arrived. I don’t buy into this conspiracy theory but I can see why she did. They were so ahead of their time and the fact that the rest of the planet never seemed to keep up with them  does make it seem that they may have been other worldly.

The Romans have moulded a lot of the modern world as we know it now. But the Egyptians laid the foundations Centuries before and that is why I would love to go back to that time and see exactly how things worked.

To read more from Kirsty, be sure to head over to Winnettes or look her up on social media: 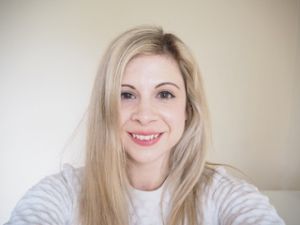 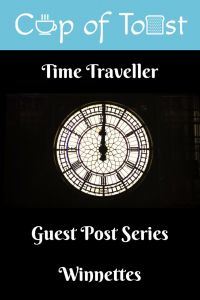