This week I’m joined by Emma from Emma Lord Photography:

I feel slight trepidation over making my final decision. There are so many variables to take into account, not least, the fact that I find so many historical periods absolutely fascinating.

Perhaps I should travel back to a time of a significant historical event, maybe one which remains unresolved even in modern times. Assassinations and manmade disasters seem to top the popular conspiracy theory lists. Although travelling back to the time period concerned would not make me any more likely than anyone else to get to the truth of the matter. Will we ever have definitive answers to questions such as ‘who shot JFK’?

There are many people throughout history whom I would love to have had a chance to meet. Great rulers or military leaders, such as Elizabeth I or Napoleon (the former, because she appears to have been a courageous leader in what was a very dangerous and very male dominated period, the latter being of particular interest because of his enlightened approach to the importance of mathematics and science).

Looking further back, wouldn’t it be interesting to meet some of the early discoverers? The scholars who mapped the stars, philosophers who pondered the fundamental questions of being, the explorers who travelled the world in search of undocumented lands.

By the end of the period, the planet was experiencing clearly defined seasons, the large land masses which we know as continents had – by and large – separated, dinosaurs like Tyrannosaurus Rex and Triceratops were alive, and the range of flora was much more diverse than the ferns and forests of the Jurassic Period.

As a photographer and nature enthusiast, the opportunity to observe dinosaurs and other life forms of the time is irresistible. If I have the chance to photograph the creatures, imagine what sort of record I will bring back to the present day with me. It wasn’t just the dinosaurs who walked the Earth during the time period. Mammals, avians and insects also called the planet their home, along with a great variety of marine life. The landscape was becoming more colourful, with a range of flowers flourishing across the countryside.

I imagine standing on the Earth, the place which humans regard as our home, knowing that I am the only person alive on the planet. What an awe-inspiring and humbling feeling. By day, I observe the myriad life forms, some of which are now preserved as museum fossils, others perhaps yet to be discovered. By night, I look to the skies and see more stars than one could ever imagine. In a world without light pollution, what a beautiful sight.

For my next trip? The future beckons. Perhaps a time not too far ahead from present day, when experts predict we will have reached the technological singularity. As with a good book, I would love to know what happens next. 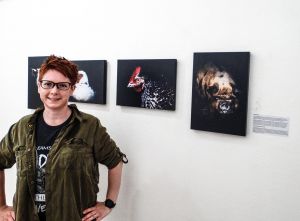 To read more from Emma, be sure to head over to her website or look her up on social media: 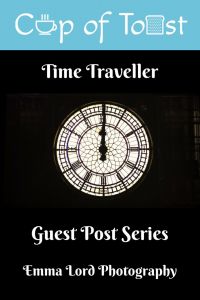