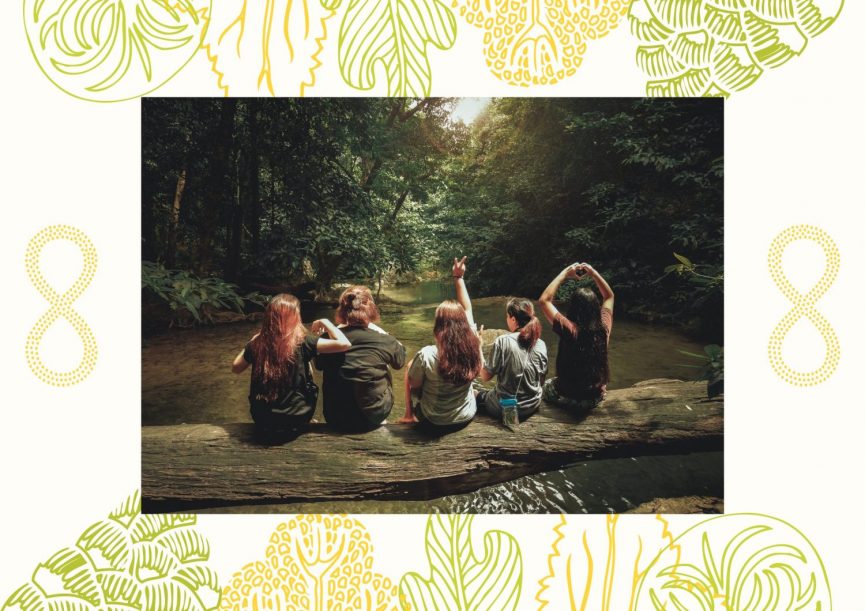 International Women’s Day makes me think not only about the incredible women around the world, and huge achievements made often in the face of adversity, but also about those closer to home. Specifically, the women that I am related to. I find myself wondering about some of the stories that might have gone before me, the sacrifices, the dreams, and the personalities.

Women through the ages, not just in recent history, have been largely relegated to the side lines. Views often held are that men might be more capable, more worthy of note or attention. I find it interesting but disappointing in equal measure, that sitting here in March 2021, we still talk about a diverse leadership team having female managers among its members. Never male. Why not? Because it is almost always the case that boards of directors, trustees, governors and so on will have men among them already, sometimes in the most prominent of roles.

Origin of the word and associations

Back in the times of Old English, woman (or wifmann) literally meant “woman-person”, whereas mann meant person, and was more commonly used to describe a man than a woman, hence the move to man. In fact if you dive a little deeper, whilst wifmann became woman, wif slowly transformed into wife. Strictly speaking woman is therefore much closer to wife-man than anything at all to do with female anatomy (as is often the misconception).

Today, if you search the Lexico (a collaboration between Dictionary.com and Oxford University Press) thesaurus for the word woman, one alternative is bird. No such derogatory suggestion is made should you instead search for man.

So what of these women who have gone before me? Beyond my grandparents, I certainly know much more about the men in my family than the women. That isn’t to say that the women didn’t uphold greatness in any sense of the word, just that their stories are not the ones most commonly talked about. If they are, it seems to be the scandals that are spoken of in hushed tones, rather than the achievements.

Going back through history, there is this exceptionally bemusing focus on men generally. We can look to books for great leaders like Elizabeth I, but so many more women struck out against the patriarchy and are often not really credited for doing so. Arguably, their contribution is even more notable for the obstacles that they overcame whilst simultaneously achieving their aims and fulfilling their work.

Back to British history, in Tudor times girls and women were educated to be obedient to men. They were taught that men were superior when it came to being knowledgeable. That their views were the ones to be listened to and considered, not those of women. This stance continued for decades, even centuries. You only have to look to the first attempts of the Brontë sisters and Jane Austen to have work published for evidence of that. Even in more recent times J.K. Rowling used her initials to appeal to a male audience. Yet, back in Tudor England, Kateryn Parr boldly published Prayers and Meditations under her own name in November 1545. This is particularly of note given that women were to be guided by men in all religious matters at this time too, and especially brave as she was married to a man known for casting women under the executioner’s sword on somewhat of a whim.

Another example is vaccinations. I studied human health and disease twice in detail during school. Once during my GCSE History, and again in A Level Biology. Both times I can recall talking through the achievements of Edward Jenner with regard to Smallpox. Not once did we learn about Lady Mary Wortley Montagu or the women she encountered in Turkey. Her letter detailing what we would now call a vaccination, predated and informed those who came after her. Jenner’s technique is arguably safer, but the one described by Montagu became widely used by way of experimentation first in England, and was considered a perfectly acceptable manner by which to test the theory. Despite this, she has been largely muted in history books and forgotten by scientific encyclopaedias.

Women have made bold, sometimes dangerous, choices through time without (I’m sure) the ease of their male counterparts, and certainly with many more questions being aimed in their direction. The above examples really only scratch a miniscule portion of the surface.

As a mother of boys I want to encourage my children to be their own people, but I also want to ensure that they grow up aware of the strength of all of those who have gone before them. That very much includes the women who dared to stand out around the world, and also those within their own bloodline, of whom I need to work harder to discover.

Did you enjoy this post? Why not take a look at Your Post, inspired by the women I know and the ones I don’t.

N.B. Some photos have been provided by Pexels. For more information, please see my disclosure page.