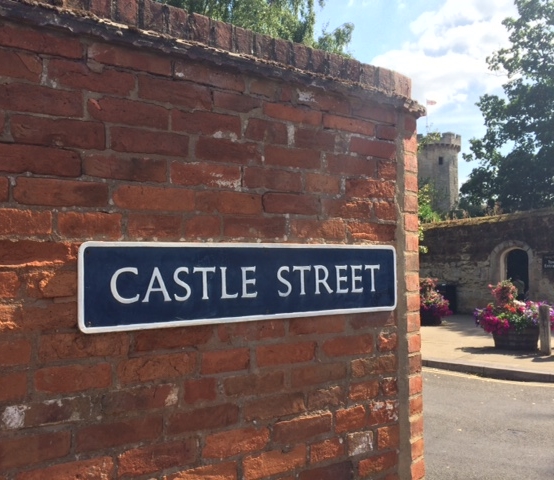 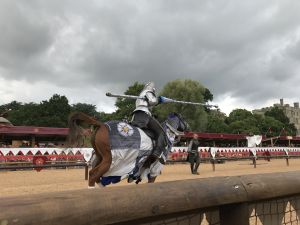 I love living in the Midlands. What it lacks in a sea view or mountain range it makes up for with easy access to a vast number of places around the country. Even on my tired days I don’t have to travel far to find a great family day out. A must see for anyone visiting the area is Warwick Castle. 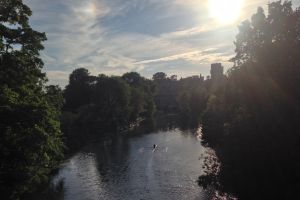 Despite growing up in the neighbouring town of Leamington Spa my first visit to the Castle didn’t come until my teenage years. Ludlow and Kenilworth had been favourites instead during my childhood, with their opportunity for exploration and the need for your imagination to be invoked. Warwick, on my first visit, felt more like a stately home in comparison which whilst lovely, was not what I had anticipated. Owned by the Tussauds Group it was well kept but presented in much the same way as some of the chateaux I visited in France during family holidays, and certainly not the castle ruins that I was used to visiting. Rooms were immaculately set out and, somewhat predictably, adorned with wax work figures. It was certainly interesting but I felt as a visitor it was designed to show the spectacle of the accommodation and events that took place at the Castle, rather than engaging you with its historical importance. On my second visit however, I saw a saddle that was used by Queen Elizabeth I who visited the Castle in 1572. Mesmerised by its intricate embroidery and fascinated to see something so well preserved and from one of my favourite historical periods, I was hooked. I took time to read about the beginnings of the Castle, and its transformation through the ages, and suddenly it came alive for me and was much more interesting than the Royal Weekend Party exhibition gives it credit for. I am glad to say, that since those early visits more of the Castle has been opened to visitors and more history is being revealed. 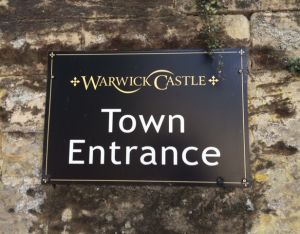 Warwick Castle is not without controversy. A trebuchet display in 2015 saw a Victorian boathouse brought down in flames and the local newspapers have been full of the application and subsequent building of overnight facilities including lodges and treehouses. Put that to one side though and you can’t help but be enthralled. Now owned by Merlin Entertainment (who purchased Tussauds in 2007) there are several events throughout the day to capture hearts and minds. During our most recent visit we saw birds of prey flying and were entranced by a jousting tournament. In fact both Chief (7) and Munch (5) came away talking about Tudor England, a conversation that I was delighted to partake in! There is also a maze set up in the grounds for children to explore and find out a little more about history through the ages. They can collect stamps on their way round in return for a collectable Merlin Entertainment pop badge which you can pick up from the gift shop on your way out. 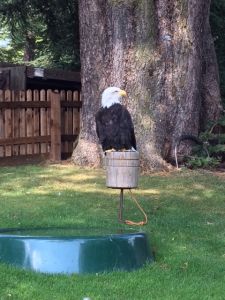 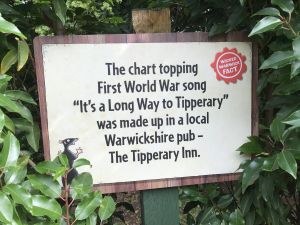 We also visited the Time Tower which takes you through different stages in the Castle’s history, including additional building, changes of ownership and restoration in later years. I felt that this brought more of the magnificent history to the fore, and it grabbed and held the attention of all three of our boys.

Previously Chief has tried his hand at archery, we have roamed the rooms together as a whole family, climbed the towers to walk along the ramparts and been engaged by the exhibition in the Mill and Engine House too. 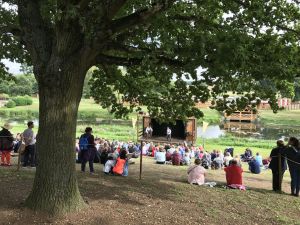 If you need a pit stop, tents are casually placed around the grounds offering refreshment and souvenirs, cleverly cashing in on eager visitors. There is now a Costa Coffee café in the Conservatory by the Peacock Garden, which I admit seems a little out of place somehow although it’s nice to have an option to sit down with a cuppa. 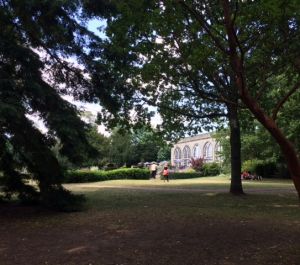 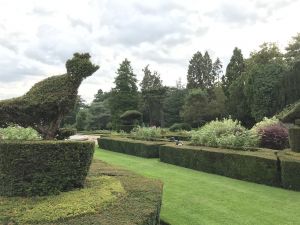 The Pageant Playground in the Castle grounds is a big hit with our family on warmer days (it is often closed during very cold or wet periods). For older children the dungeons may be of interest, along with viewing the rooms in the Castle itself, and not forgetting the armour (and Oliver Cromwell’s death mask) in the Great Hall.

We would highly recommend it as a fabulous day out, and will be returning in the near future.

Have you visited Warwick Castle? I’d love to hear what you thought! 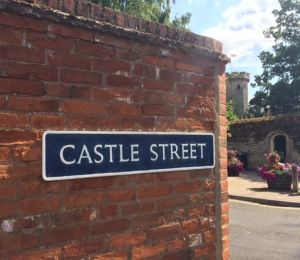 Please note, I have not received any compensation for this post. For further details about this, please visit my disclosure page. 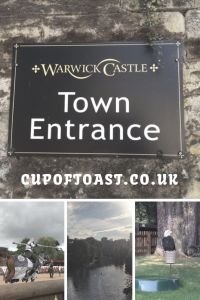